There have been so many rainy days that sunny ones seem like crystalline miracles. Today, a quotidian drive to Trader Joe’s and back yielded delights I’d forgotten existed: the gunmetal sky against still-green leaves of trees shaped like pestles and homemade brooms. The smell of wood stoves is like a balm, a reminder of something good and real and none-virtual. This fall has been excruciatingly difficult for almost everyone I know, harder than any other time in some ways. I have been learning to notice the blessings wherever I go, collecting them like talismans against unforeseen dangers. In light of recent events too numerous to mention––plus you know the litany all too well––I am sharing that which is hopeful and good.

On Saturday night, we took my 12-year-old and two of her best friends to see The Laramie Project. Reading the program, I learned this statistic: a whopping 40% of the homeless youth population identify as LGBT, and that the vast majority of these young people were kicked out of their homes for their orientation. I mentioned this to a friend of mine whom I knew had been told to leave her house when she came out to her parents as an 18-year-old. She said, “When I first lived in Northampton, people wore paper bags with holes cut out of them so they could see where they were going during the Pride Parade. In those days, there were more hecklers on the sidelines than marchers.” Today, my kids march in groups organized by their schools, along with their teachers and principals. Last year there were something like 40,000 marching in our small city.

As of this writing, the Muslim-American nonprofits Celebrate Mercy and MPower Change have well exceeded their $150,000 goal–raising money to support victims and families of the Pittsburgh Synagogue shooting, which resulted in the deaths of 11 people. The campaign states: “We wish to respond to evil with good, as our faith instructs us, and send a powerful message of compassion through action. Our Prophet Muhammad, peace be upon him, said: ‘Show mercy to those on earth, and the One in the Heavens will show mercy to you.’ The Quran also teaches us to ‘Repel evil by that which is better’ (41:34).” (You can donate here.) 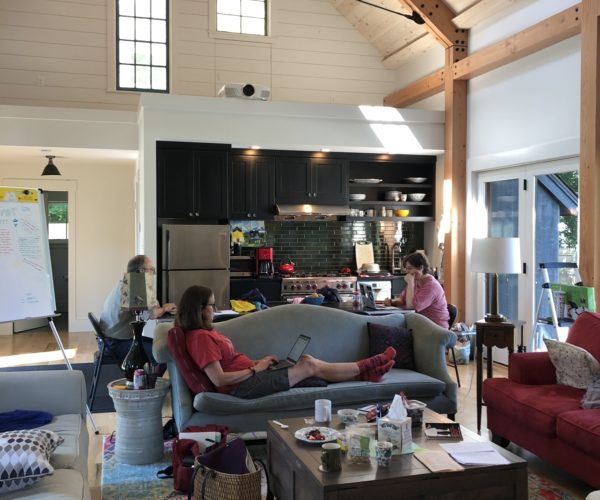 The writers in my weekly groups are absolutely amazing. They surprise me every single week with new thoughts, phrases, ways of seeing the world, poems, essays, novel shards, twists and turns. They listen to me and to each other with so much wisdom and encouragement. I sit in my new little blue house and marvel and thank God.

I saw too many monarch butterflies this summer to count. They are back.

I saw eagles, too. And friends report eagle sitings all the time.

I saw a black bear and her two cubs right outside my window. The dogs went crazy. The bears did not seem perturbed; neither did they hurt anyone.

In every hour of need, there have been hands to help us. “Let the yoke fall from our shoulder/Don’t carry it all, don’t carry it all/We are all our hands and holders/Beneath this bold and brilliant sun.”-The Decemberists.

My dog and my sister’s dog (siblings, littermates) continue to bring us such a fine happiness. The world would be a better place if everyone had something as loving and cuddly as one of them. 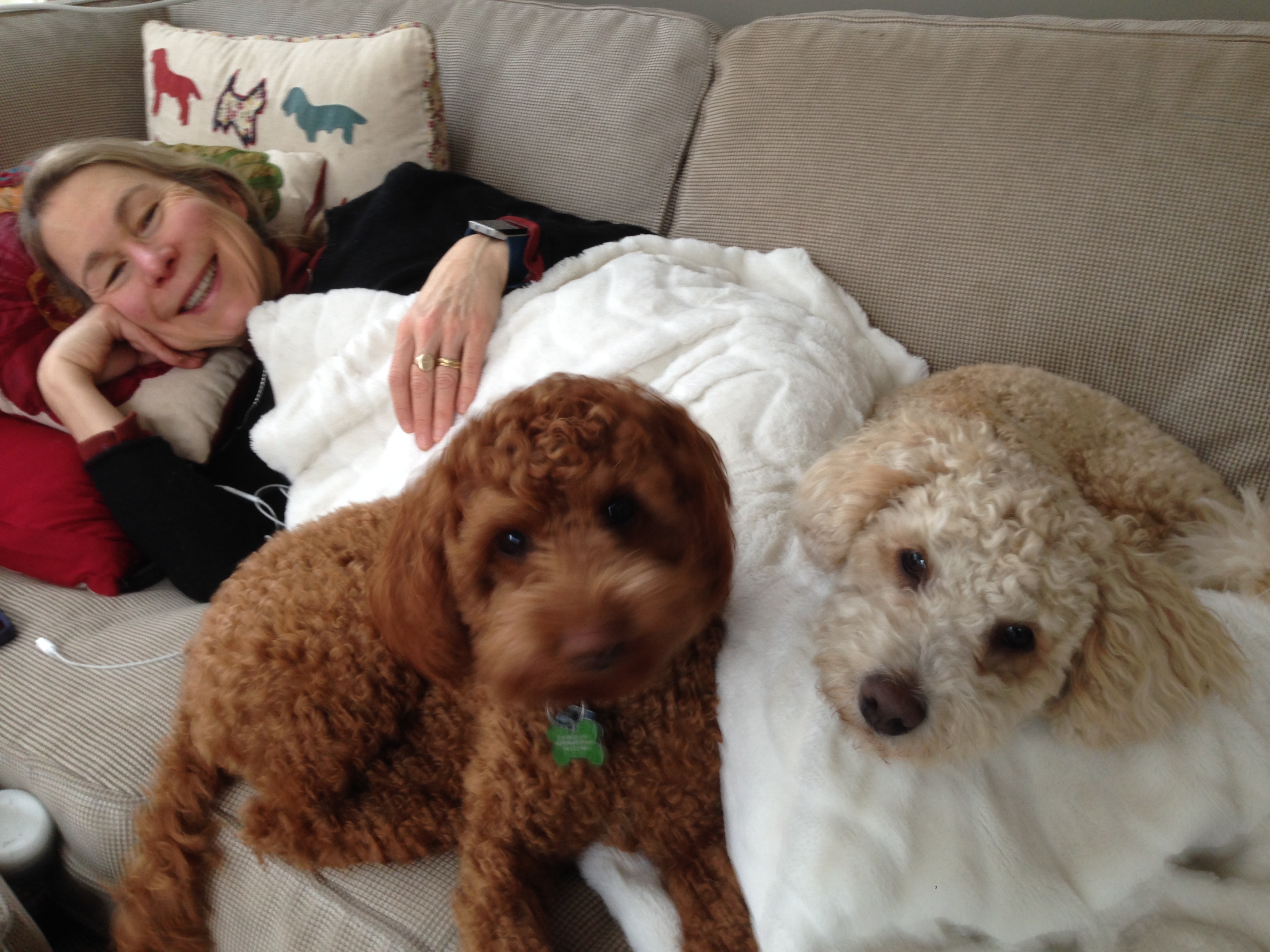 Singing with groups of people. On Sunday afternoon, we had the honor of doing a benefit for the Rosenberg Fund for Children. Founded by Robbie Meeropol––younger son of Ethel and Julius Rosenberg who were executed in the height of the McCarthy scare––the fund supports children of activists who have been jailed for their political views. It’s one of the finest organizations in the world, and the loveliest people to work with. Robert Meeropol, born Robert Rosenberg, was three when his parents were taken away, six when they were executed. This child’s nightmare included living in a shelter (no relative felt brave enough to take him in), and then being thrown out of school when the Board of Education found out who he was. After the death of his parents, he was taken from his future adoptive parents’ home and put into an orphanage. But many others rallied to support him–open-minded and courageous individuals. I imagine many of the readers of this blog would support that child today, find resources and avenues to help, work to give the child a loving and nurturing environment.

At the benefit, we sang first with my Local and Focus Choruses, and later with our friend Amy Meltzer who taught us a beautiful song written by a rabbi for his daughter after 9/11. The Hebrew is Olem Chased Yiboneh, which is roughly translated (and sung) in English as:

My friend Lisa Niedermeyer, an amazing dancer and choreographer, sent me this wonderful quotation just now. As I have written before, especially around the release of our fourteenth album Sister…