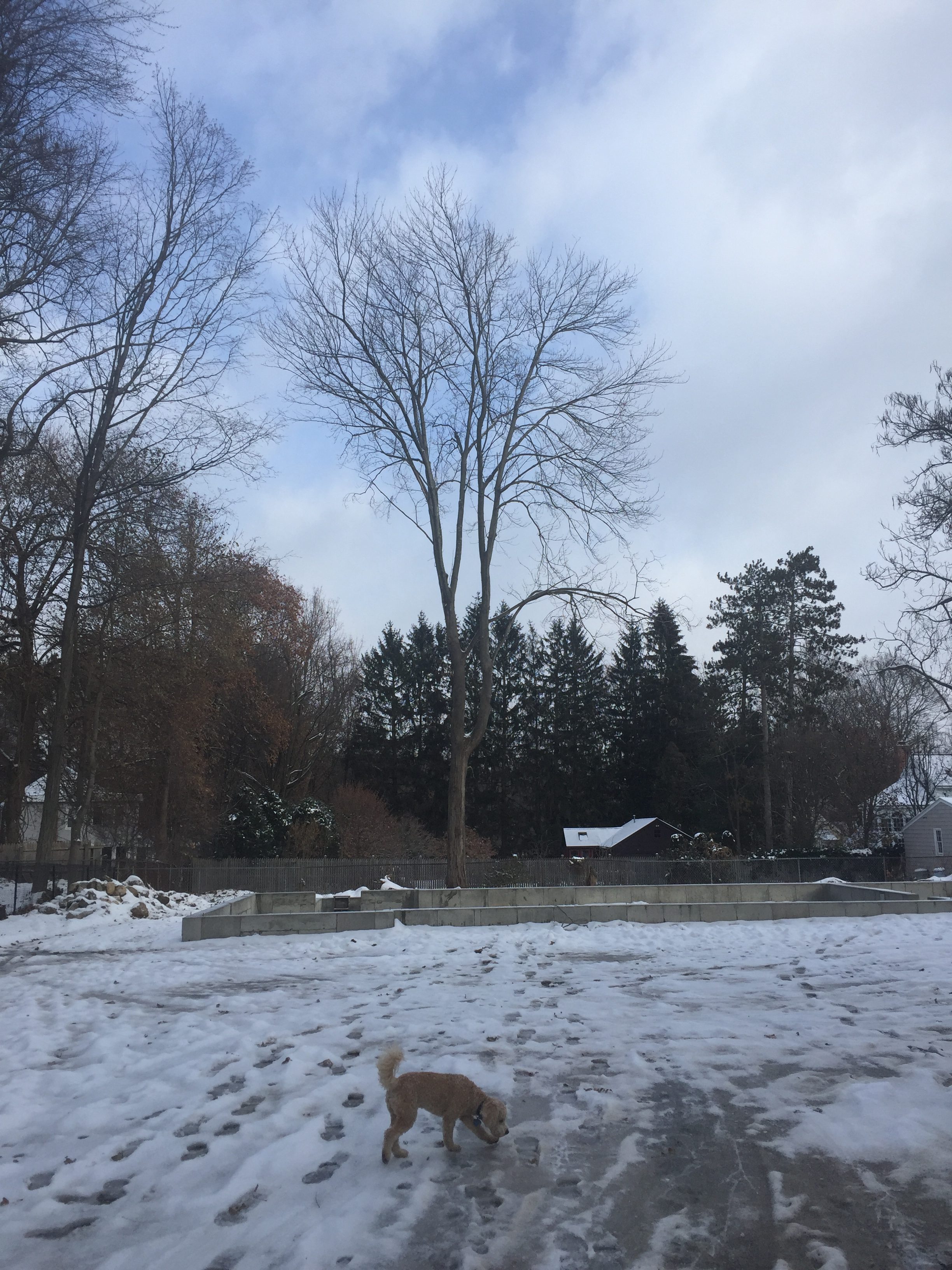 I got up at 5:30, as usual, and immediately thought about the election. What had happened last night? I’d gone to bed with Moore ahead by about 5%. Ominous news to fall asleep to, just as it had been on Nov. 8, 2016.

Hudson and I made our way out to the dark, crunchy backyard–neither of us keen to leave the warm house. As he trotted around on the ice, I turned on my phone. The very first thing I saw was a text from a friend who always sends me her daily gratitudes.
“DOUG JONES!!” was number one.

I looked back to the house, and saw that Tom had turned the light on in our bedroom. “Tom!” I called as loudly/quietly as I could so as not to wake neighbors. He looked for me in the dark. I waved my phone around and jumped up and down. A minute later we were embracing in the kitchen. I can’t believe how happy this makes me. For so many reasons. Here are my happy thoughts (warning: some are decidedly mean-spirited):

The new barn/house has a finished foundation. We are waiting for the weather to warm up so they can start framing. I am supposed to be looking at websites and making lists of things I need to get for finishes. But instead, I am working on my novel, finishing up my classes, planning Xmas, working on Diversity Day for JFK Middle School, and trying to go for a tiny run every day. When I say tiny, I mean 5 minutes.

On Tuesday, as the snow came down, Dave, Ben Demerath and Katryna and I rehearsed for our Christmas show for the Parlor Room this Saturday at 2pm. We’ve been doing a version of this show––Eat, Sing and Be Merry––for the past 6 years at Paul & Elizabeth’s on the Sunday morning before Christmas. P&Es can’t have us this year, so we moved to Parlor Room and the “Eat” part will be furnished by the wonderful Pie Bar in Florence, MA. Singing those songs–ancient Christmas carols from my childhood, spirituals, Revels songs––brings me home to myself. This happens every December–Christmas is an infuriating blur somewhere off in the distance at first. And then it comes into focus. My aunt Jenifer said once, “Christmas isn’t fun until you start making Christmas.” It felt like we were starting to do that on Tuesday.

And today, we got the best present ever!