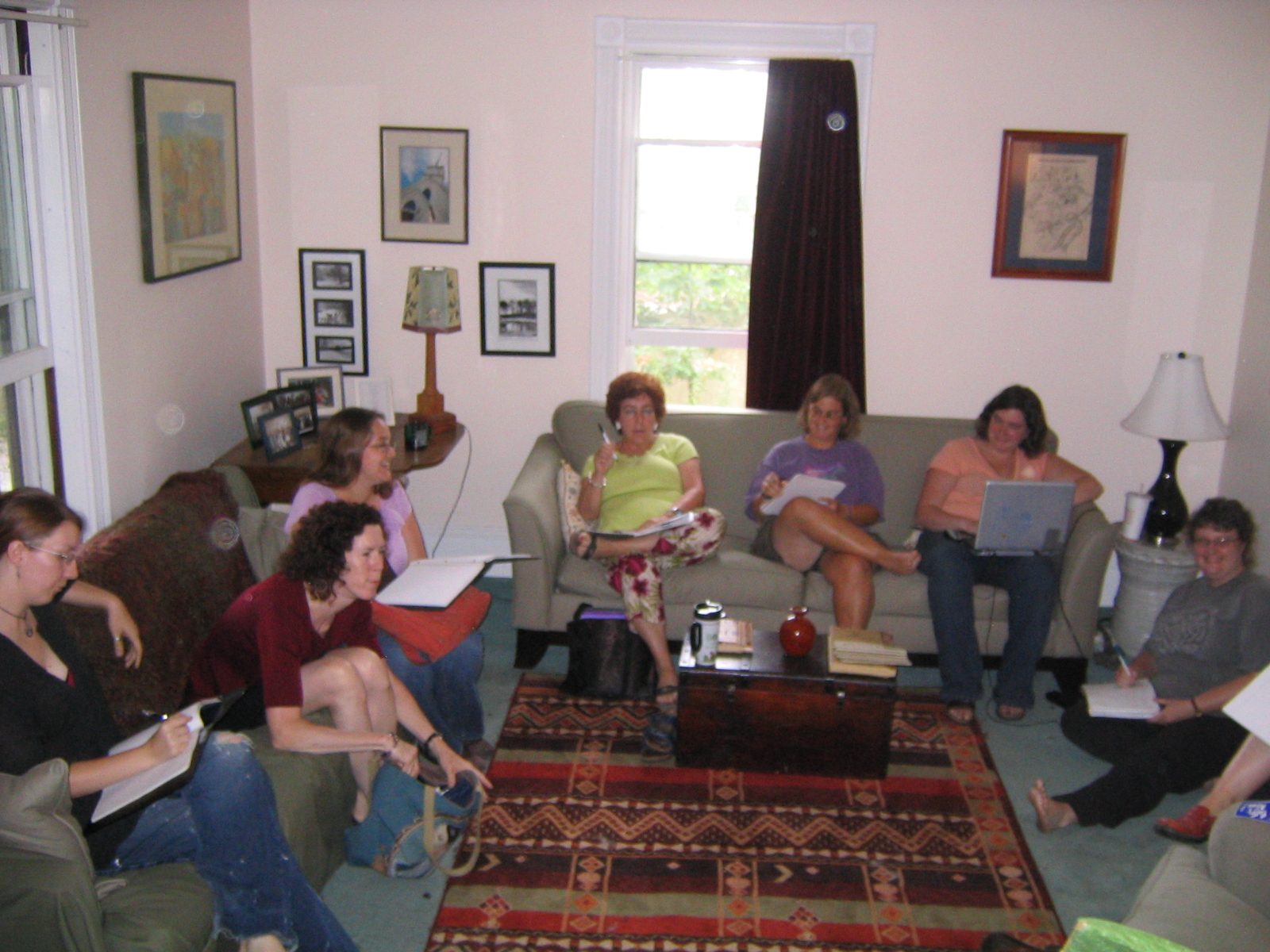 It’s been lovely to live a bit in the past, as I sift through old photos and remember the house and yard the way it used to be. 2004 had seemed such a hard year, in some ways, even though the Red Sox won the World Series. Kerry lost the election, and we threw a party to commiserate. We made a big poster and wrote our sad feelings on it. Guests also wrote things they were grateful for. I was furious with the right-wing Christians for being so hypocritical. That was the beginning of something for sure. And who wouldn’t go back to the political climate of 2004 compared to what we are living through now?

The groups continued. I had a Tuesday group and a Thursday group, each with its own distinct flavor. The format was and is this: write for 50 minutes, share only what we have just written. The group may respond to the writing and the writer, but only with noticing what works in a new piece of writing. We don’t offer constructive feedback. We just say what we liked, or noticed. “What sticks out?” is my perennial question. Something curious was happening in the writing groups. I always began to writing session by reading a prompt; usually a short poem or line from a novel. Sometimes some writing inspiration, sometimes an exercise. But inevitably, some theme would arise as writers read their work. Everyone would use the color orange in their piece, or there would be a root vegetable in everyone’s poem, or South America would show up. These similarities would never have roots in the prompt. There simply seemed to be a group unity, a synchronicity happening in the room, a current we all plugged into. 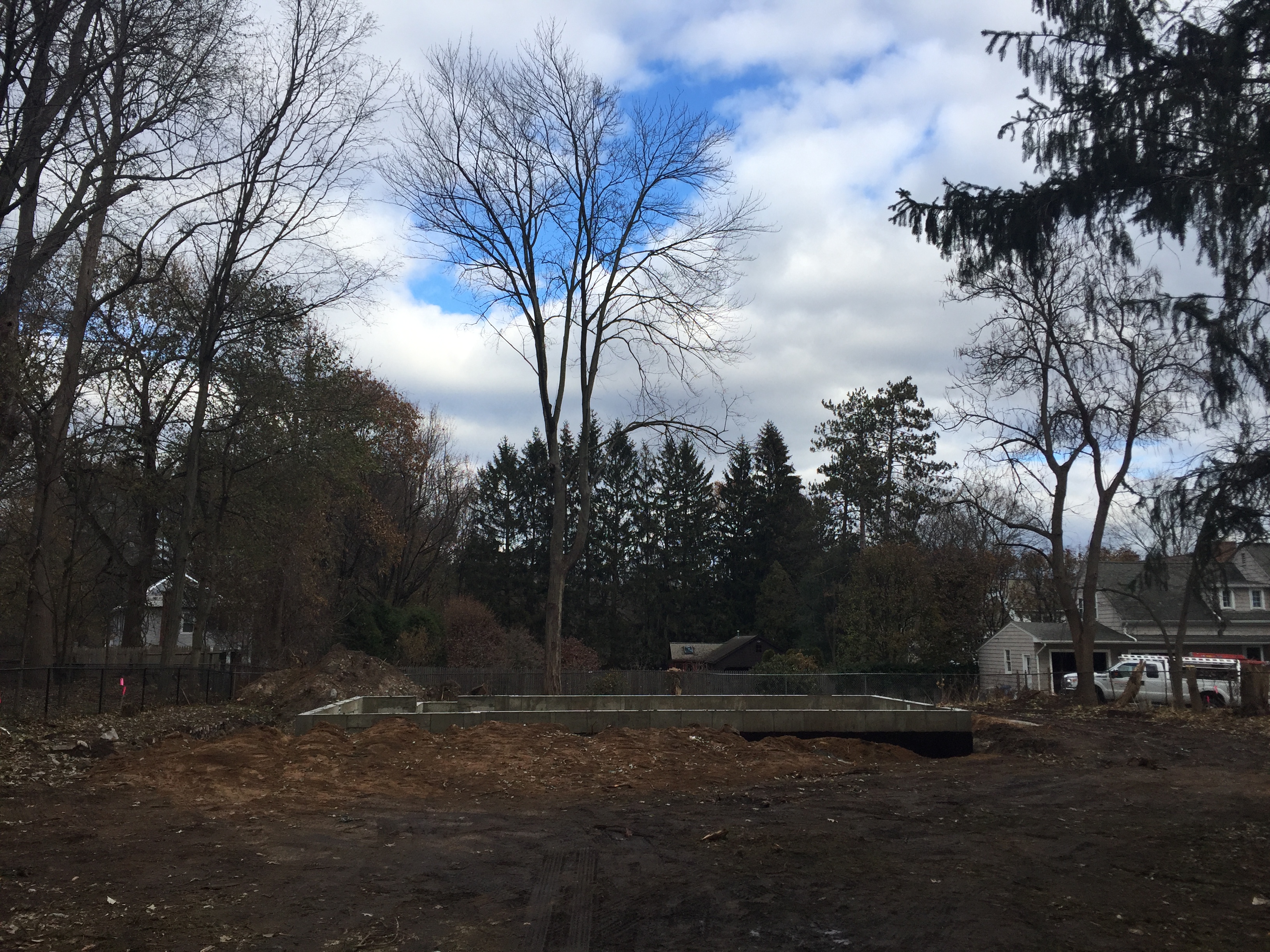 Today, there is a foundation for Little Yellow. Hudson’s been watching the trucks come and go from his perch on the kitchen couch. He’s inside today because our neighbor saw a coyote trotting up the street. Hudson is fierce, but not that fierce. Katryna is coming by in a few minutes to load her car up with copies of our new Christmas record, Joy to the World, as our album release party is tonight in New Haven at First Presbyterian Church on Whalley Ave. We are going to sing with Ben Demerath, whose voice is like our long-lost third. Tomorrow the trucks will be back. If we keep making this kind of progress, we could have a roof by the time the snow flies, and that would mean the barn could be finished by spring.

Speaking of spring, it is Dec. 1, and as I walked home from the Y, I had to look twice at the forsythia bush in my neighbor’s yard. 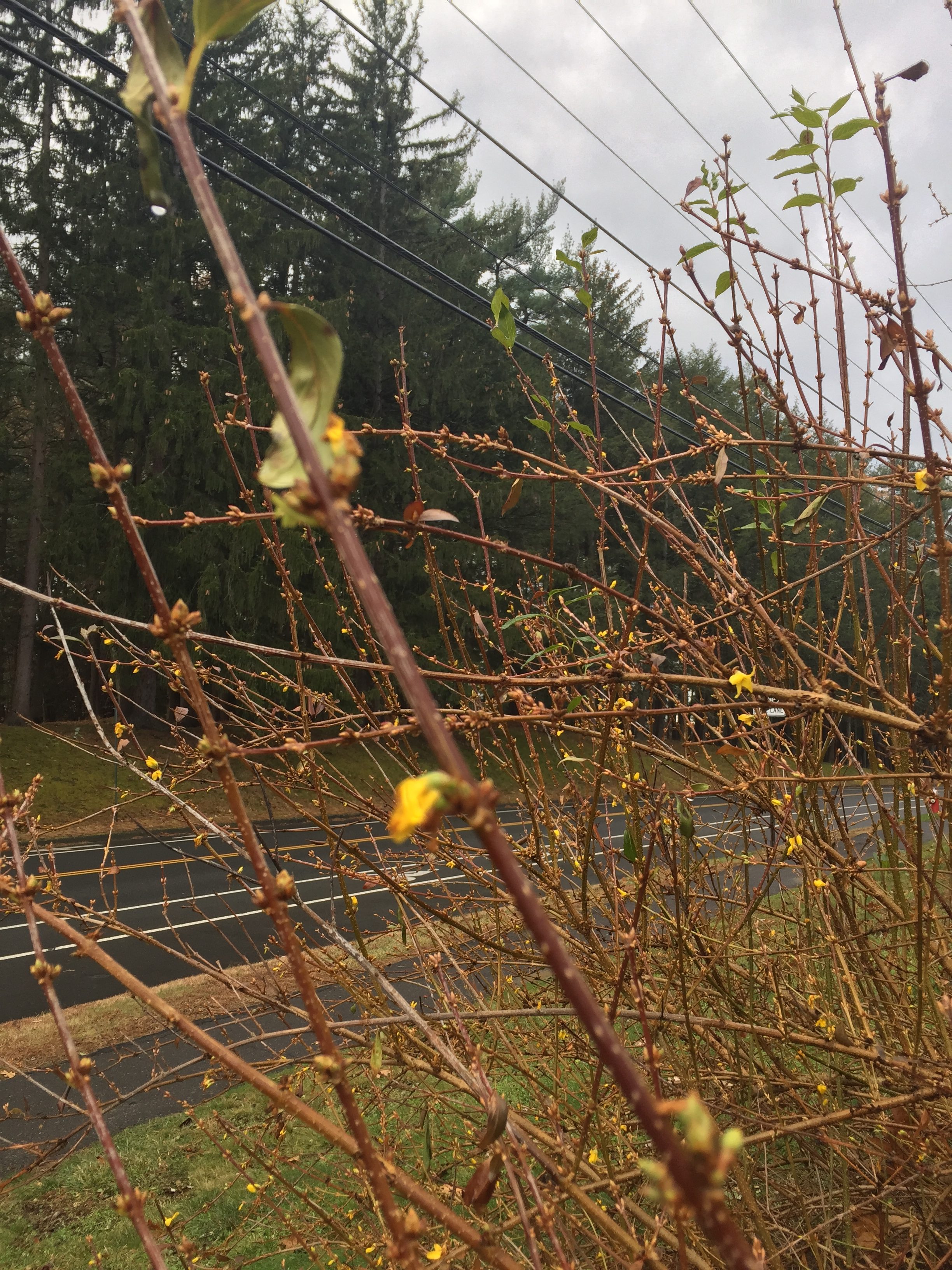 And it occurred to me that once Little Yellow (who will NOT be yellow) is built, I will lose my view of the Y in the red maple. It’s amazing how in every gain there is a loss, and in every loss there is a gain. But today I get to see it.