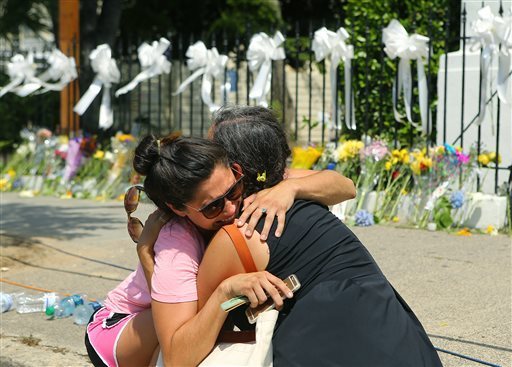 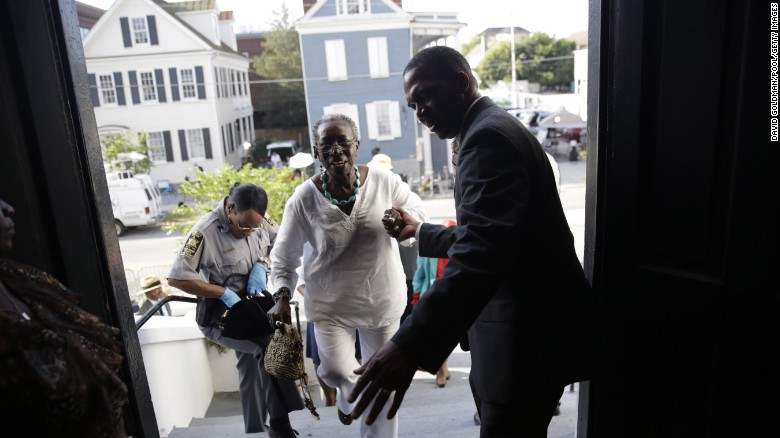 The Friday after the Charleston shooting, I met with my group of ministers—a monthly meeting that’s evolved over the past four years into what we call the Underground Seminary. We gather for Bible study, using the lectionary and focusing most often on the New Testament. Steve suggested we start by holding hands, so we stood, four of us, our heads bowed, thinking of the ministers who’d gathered Wednesday night for a similar purpose. Our lectionary text was Mark 4:11-35, the story of Jesus being rowed over the lake by his disciples; it was quite possibly the same text the Charleston ministers had been studying. The story goes like this: a storm rises in the night as they are out on the water. The disciples are terrified, but Jesus sleeps on peacefully in the back of the boat. Finally, they wake him, and he stands up and calms the waters; the storm recedes. But this unsuspected power their leader demonstrates and the resulting calm makes the disciples even more afraid than they had been of the storm that roiled them to begin with.

Steve read us the Mary Oliver poem “Maybe,” and we talked about the threshold the stranger had crossed, the need the ministers must have seen in him, the chance they took in welcoming him to sit with them as they studied and prayed. He sat with them for an hour, listening at first, then arguing and ranting. And then shooting.

“The thing that gets me,” said Steve. “Is that in that hour, he was not softened. He was not swayed from his purpose.” Right––and the fear the disciples felt about the storm was less than the fear they felt when they saw Jesus calm the waters. For many, peace is way scarier than rage, especially when that peace has been hard-won. And perhaps it was so for the white supremacist. Here were the people he hated and feared, calmly engaged in worship and discussion, preaching peace and love even as he told them he would kill them.

Racism is an infection, said Matilda, in our meeting. We seem to be programmed to identify with others who are similar, to fear the different ones. Each time we confront any difference, it can take a journey over a lake in a boat to the opposite shore. But it gets easier with practice, with the kind of steadiness Jesus evinces, with the kind of steadiness Clem Pinckney evinced. This is what it takes to calm the storm: the relatives and friends of his victims, standing up one after the other and telling him tearfully that, even as every fiber of their beings hurt, they forgave him.

And so it must be. That is ultimately the choice: if we want to live, really live, we must forgive, we must continue to welcome the stranger into our midst even in the face of tremendous fear, or we are dead, too.

Here is the poem:

Sweet Jesus, talking
his melancholy madness,
stood up in the boat
and the sea lay down,

silky and sorry,
So everybody was saved
that night.
But you know how it is

when something
different crosses
the threshold — the uncles
mutter together,

the women walk away,
the young brother begins
to sharpen his knife.
Nobody knows what the soul is.

It comes and goes
like the wind over the water —
sometimes, for days,
you don’t think of it.

Maybe, after the sermon,
after the multitude was fed,
one or two of them felt
the soul slip forth

like a tremor of pure sunlight
before exhaustion,
that wants to swallow everything,
gripped their bones and left them

miserable and sleepy,
as they are now, forgetting
how the wind tore at the sails
before he rose and talked to it —

tender and luminous and demanding
as he always was —
a thousand times more frightening
than the killer sea.