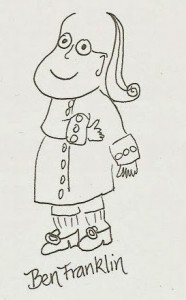 I like the term “time consciousness” better than “time management” because we don’t really manage our time. We think we can, and this causes all sorts of frustrations and forms of mental illness. It’s the illusion of time management that leads to all manner of anxiety and uptight behavior. How can you manage the sun rising and setting? You just have to surrender to it. Besides, as an artist, one of the first rules I learned was that serendipity (which is, by definition, that which is out of one’s control) was the very best song-giver. At the same time, I found early on that the way to be open to serendipity was to leave myself designated times to create, to even go so far as schedule “write songs” into my day planner. We’d be in the van driving around, and I’d start to get that anxious feeling that I always get when I haven’t written a song in awhile. I’d look around quickly and confirm that it would be impossible for me to pull a guitar out of the attached trailer while driving 65 mph down Route 80, and instead sigh and write “songwriting week” into my calendar during the second week of March, the next time we were off the road.

The week of March would arrive; I would come downstairs first thing in the morning with my cup of coffee, notebook, and guitar, and I would write all week until the songs were written. It seemed to work pretty well. But during the interim, I acted like a little video camcorder, taking everything in, jotting down ideas, and humming tunes into a tape recorder. Whatever crossed my path turned into potential material for my songs. This is still pretty much the way I write. I go around figuring the universe is trying to tell me something, so I’d better listen.

The other reason I like the term “time consciousness” is the way it connects to the marvelous truth that all we ever have is this moment, and another way of saying that is all we really have is time. And maybe not as much of it as we assume. I try to hold this loosely, so that I’m not neurotically thinking “must get this done before I die” in a freaked-out, Type A kind of way; neither am I just lolling about eating bon bons and watching American Idol (though Katryna might be). I try to keep a schedule and also an eye open to the plans of others, in case they have a better idea of what I should be doing with my time than I do. Sort of like that excellent 38 Special song “Hold On Loosely.” 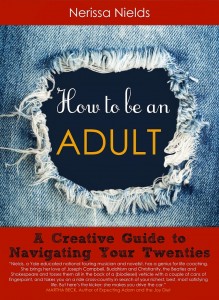 To buy the book, go here! Available as an ebook or a paperback!

Last week, we bought an all-wheel drive minivan.Before you stop reading, send me threatening emails or unfriend me, hear me out. There are stranger things, Horatio… Before there was the…

Sandra Tsing Loh and the ‘Pause

I had the great pleasure of seeing and hearing Sandra Tsing Loh on Monday night. She spoke to a group of fabulous 40-60 something kick-ass Northampton women at Cathi Hanauer’s…