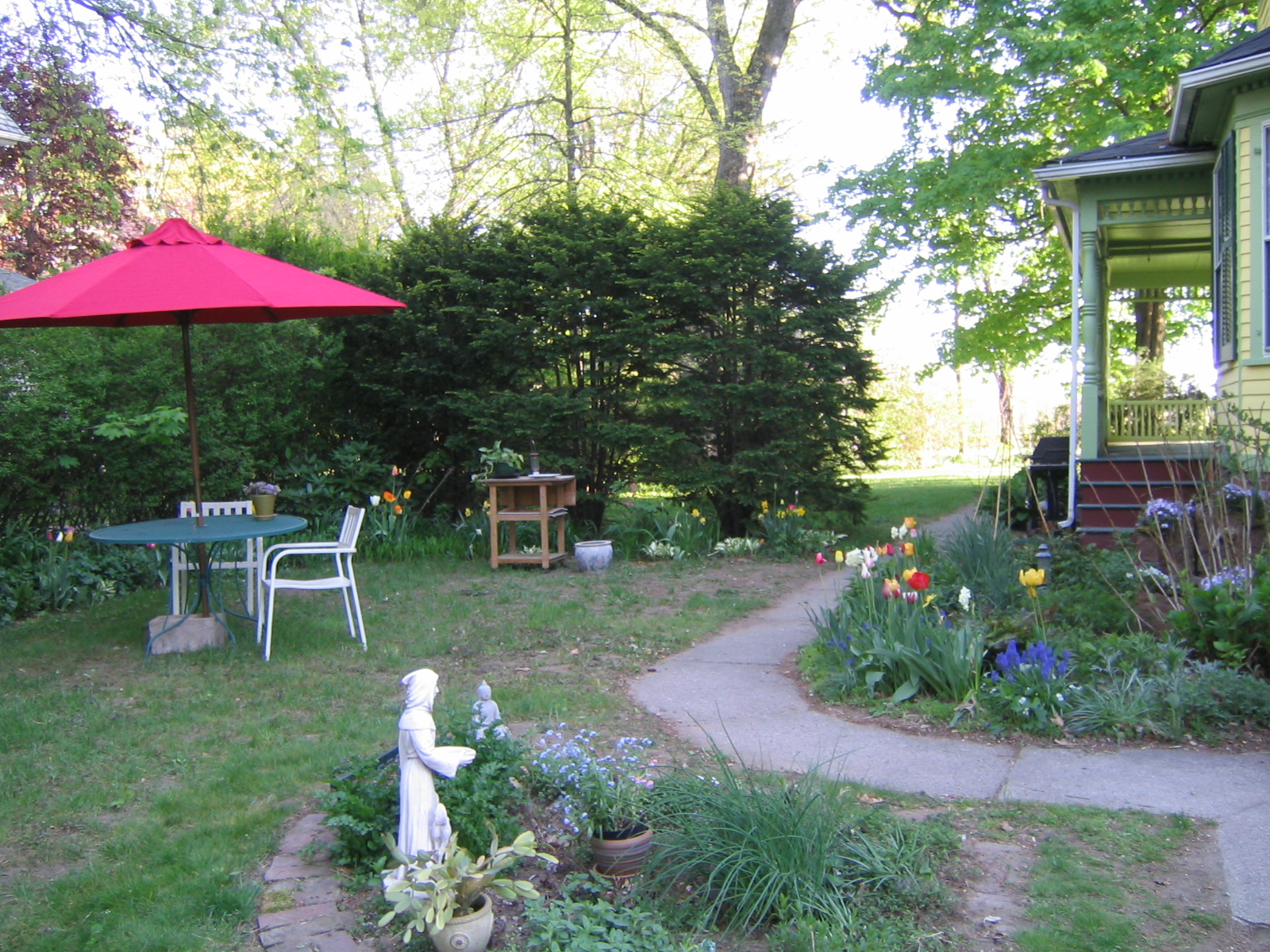 I have no photos of the house from before 2005, because my hard drive crashed and I lost all my pictures. I still grieve this loss. Gone are most of the photos of Tom and me when we first met, our first Adirondack hike (Cascade, July 2004), and many many photos of little Amelia when she was toddling about and saying things like, “Tittens! So toot!” and “I can’t beeve it! It’s so geat!”

The house was originally a pale yellow with brown shutters. Not my favorite combination. I didn’t want to have a yellow house. I saved up to get it painted ASAP. In fact, I hired ASAP Painters in April, 2004. When I alerted one of my writing groups to this eventuality, someone in the group said, “But surely you will keep the house yellow? You must! It’s the yellow house!”

I paused. One of the contracts I’d signed in my heart when I bought this house was that it would be something of a shared commodity. It would belong to me and the community, both. So I swallowed hard and went looking for shades of yellow I could tolerate. I decided on a daffodil paired with spring green. Tom then suggested some strong dark red trim, and we liked the idea of using another green, too. Now we had almost a painted lady.

My weekly workshops were such a joy to me. I couldn’t believe how interesting the writers were, how much I admired their work and enjoyed their company. After a weekend at Kripalu, it occurred to me that I could also run weekend retreats. I posted, somehow (this was way before Facebook) somewhere, and filled two back-to-back weekend retreats in July and August 2004. Tom was still living in Haydenville, but he came over and cooked and helped, and his dog Cody lay on the carpet and urged the writers on by napping. Mike Biegner christened us Nerissa Neruda and Tomas Tomatto, and the era of the retreats was upon us. I have offered a minimum of 3 per year since 2004.

Meeting Tom, of course, changed everything. We found each other at the Starbucks in Northampton, and after a second date on a snowy night in December, we were bonded. “He’s salt to your pepper,” quipped my friend Amy upon seeing us together for the first time. There was no question that we would shack up. There was a small question of whose shack. As much as I loved Big Yellow, I loved Tom more, and I was willing to contemplate moving to Haydenville. But Big Yellow won Tom’s heart, eventually. Plus, as beautiful as the country is, it’s no small thing to be able to bike everywhere. Tom is a biker.

So Tom put his Haydenville condo on the market, and when it sold, we took the proceeds to renovate the back bedroom. We hoped to have a family, so we would need the space. And as fun as it was for me to have that giant wardrobe room, we thought it better to convert it to our master bedroom and add a bathroom. I had been wishing to sleep in the back of the house, where it was quieter, closer to the gardens, farther from the street. In the era in which the house was built, the idea was to maximize proximity to the street. The porch and all the best windows faced the road. The back of the house was where the livestock dwelt and the sewage got dumped. So there were very few windows facing the back. I wanted to change all this.

So in the spring of 2005, we began work on the house, and we planned our wedding. 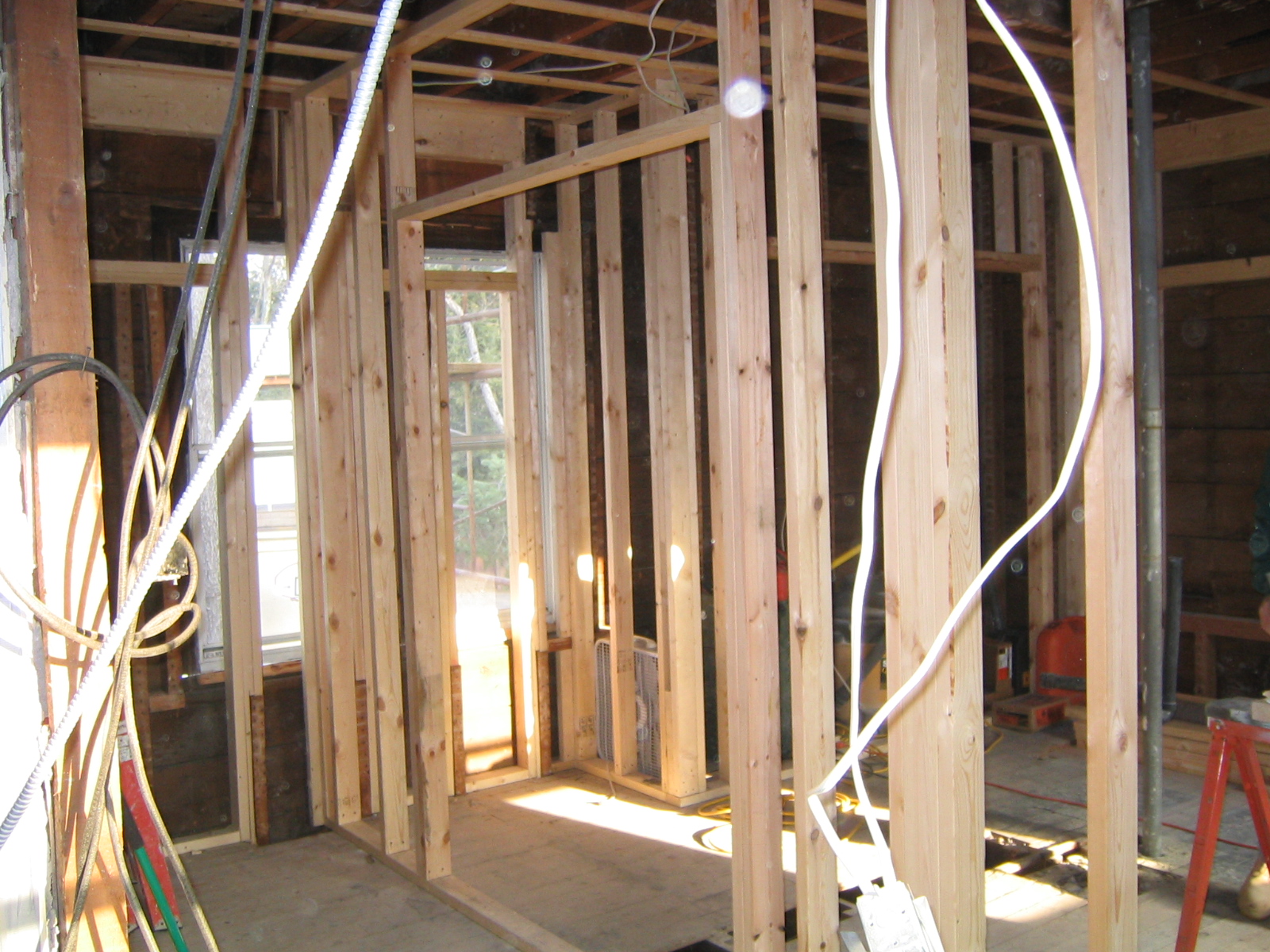 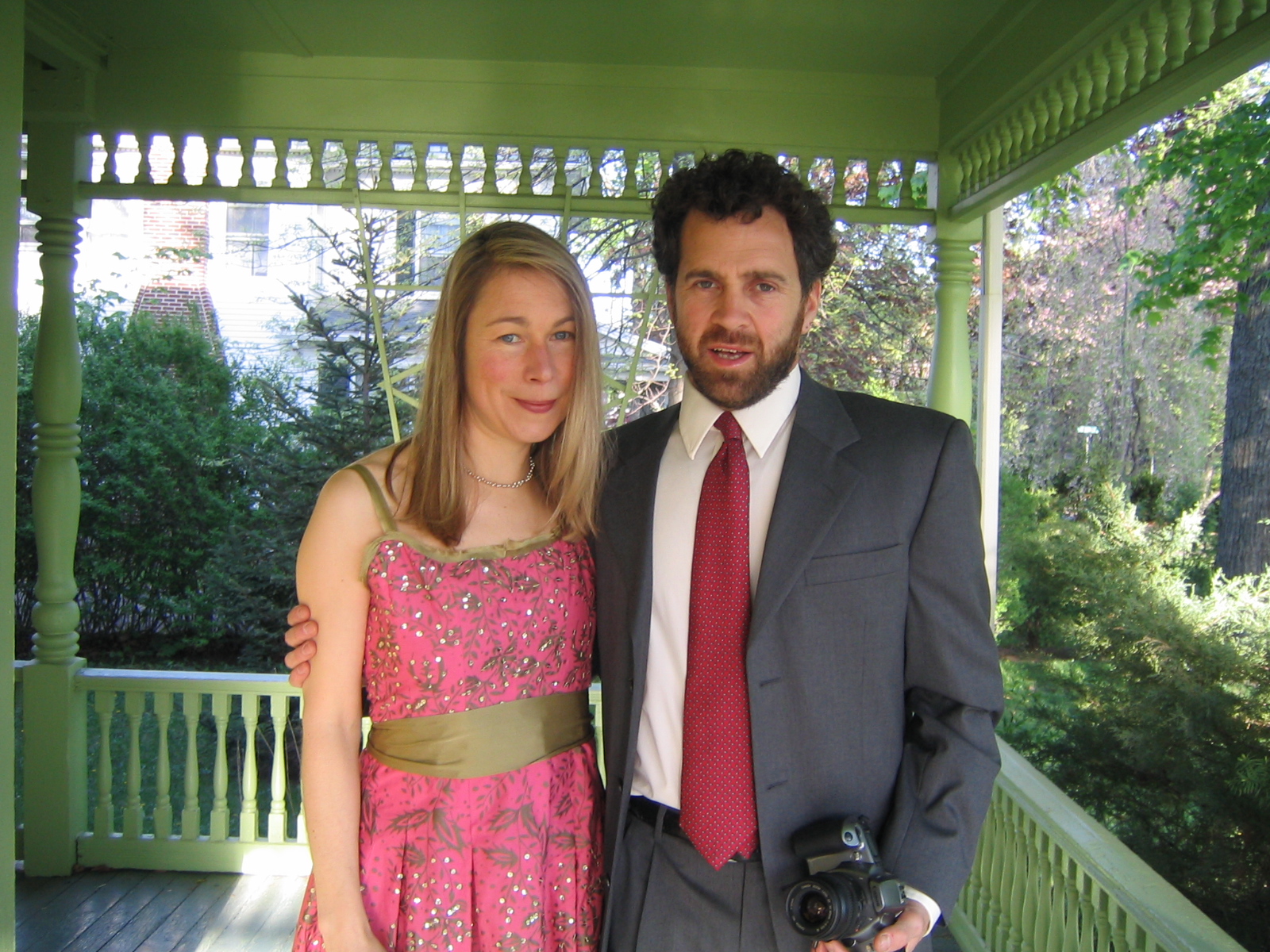 It’s been lovely to live a bit in the past, as I sift through old photos and remember the house and yard the way it used to be. 2004 had…