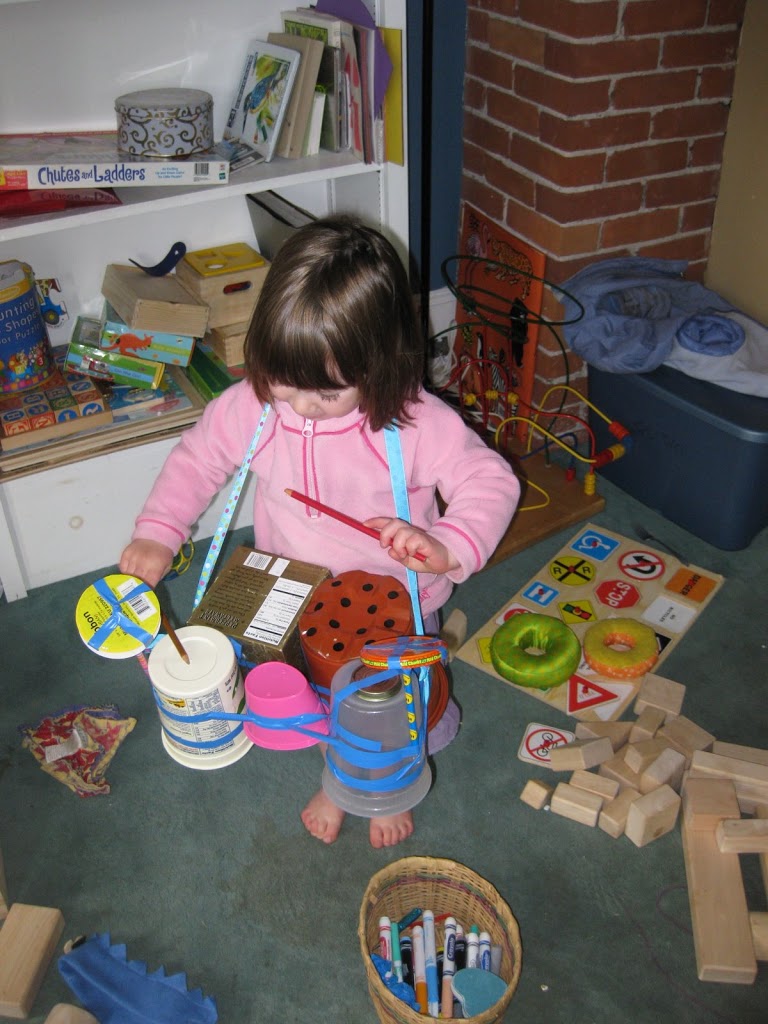 I had high hopes of finishing and posting a piece I am writing on my friend Arnold Westwood, an (almost) 88-year-old retired Unitarian Universalist minister, but an email snafu combined with the pressures of the book proposal have conspired to keep me more in the realm of Twitterland.

I am not on Twitter. Should I be? I have never even visited Twitterland, so I don’t know what I am missing. I like Facebook just fine, but people who seem to know much more than I complain about how it sucks, now that it has changed. How has it changed? I haven’t noticed any changes, and I’ve been on it for over a year now. I will remain blissfully ignorant.

I have not been doing a great job on my back exercises, but I have been reading Esther Gokhale’s book 8 Steps to a Pain-Free Back, and I love her premise, which is that our back problems stem from cultural constructs and aesthetics started by those nefarious flappers in the 1920s who made slouching hip. In the western world, 90% of us report back pain by the time we’re over 30. In less developed countries, even when people do arduous manual labor and carry heavy things long distances, the incidence of back pain is more like 7%. And if you look at young children and babies, and you look at the posture of those in these other cultures, you see that their posture is different. Yes, their shoulders are back, but more importantly, their pelvises are tipped anteriorly so that their rear ends stick out. We’ve been told to tuck our pelvises under, suck our tummies in, and this is what messes our backs up.

I always love the idea that once upon a time the human race had it all figured out, and then Christianity/Western Culture/the Industrial Revolution/the Flappers/Capitalism/television/strollers/the patriarchy/refined sugar/Richard Nixon came along and messed us all up. Because then, the solution is simple: go baaaaaack. Just go baaaaaack in time and do it the way they used to do it and everything will improve.

I would like to digress and opine about how some of the bad things that used to be, like Bubonic Plague, belief in witches, high rates of infant mortality and death from childbirth etc., have actually improved in our modern era; but there are equally compelling arguments to be made that life then really was sweeter and more pure and precious, but I don’t have time to digress. As the Buddha said, “People with opinions just go around bothering other people.” I am tired of pontificating, though I am sure I will again in the future. Instead, I want to drink in these moments when my children are so small and innocent and smiley and delicious.

Jay is about to be nine months old. A nine-month-old is sort of like a nine-year-old, in that in both ages/stages there’s a certain mastery of the elements s/he has learned thus far, and there’s a certain jubilation in both ages, a lack of awareness of any future summits needing climbing, or perhaps, total confidence in that future ability. Jay is in prime baby mode, exercising his vocal range by babbling all the consonants and exploring the other aspects of his voice, as in making occasional asthmatic gasps, which at first I took to be asthma. But fortunately, they are not. “He is just interested in that sound,” Katryna said, and I remembered Elle performed the same scare tactics when she was nine months old. Jay has finally gained weight and has a respectable amount of pudge on his adorable bod. He snarfs his baby food and seems to like any and all kinds of nourishment. He just started climbing the stairs last night, so as of now, we are officially uptight and on guard all the time. 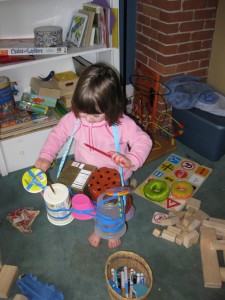 William gave Elle a drum kit which Katryna made. We were inspired by Scott Kessel of Rani Arbo and Daisy Mayhem who played his wonderful recycled rhythms at our May 2 DVD taping.

Just as I am trying to remind myself to roll my shoulders back and not hunch forward, I am working at calming down. But I can only be mindful for minutes, and I catch myself all the time in a C-curve and/or completely disregulated emotionally. Parenting is hard on the nervous system, especially for us nervous types. I felt really pretty much almost enlightened before I had kids, and now I can’t believe how often I lose my cool. Mostly I have no cool at all. Sometimes I have some cool in the morning when Elle wakes us up by running down the hall shouting, “Surprise!” and jumping into our bed and snuggling with us. And sometimes I have some cool when my zen alarm clock gently awakens me at 6:05 and I creep down the stairs alone and have seven minutes to stretch my back. But then one of the kids throws mashed winter squash across the room or (today) whipped cream on the carpet (which George Harrison has been licking), or pees in her bed, or tells me that she is going to kill me with her “light flavor” (Crayola washable marker), and I lose my cool. I don’t usually lose it out loud; sometimes I have it together enough to breathe and sigh and say to myself, “When she says ‘kill’ she really means ‘connect.’ She doesn’t know what ‘kill’ means.” But inside, the thermostat on my heart is like a bunch of firefighters flying up and down a pole, to mix several metaphors. I feel unsettled and cranky, and to add insult to injury, I wonder (meanly) why I am not like other mothers who can take it all in stride.

Lately, I realized (again) that my whole problem in life is that I care so much what other people think of me. Probably most people do; certainly many artists do. But I hate it when someone tells me they don’t like me, or even when I suspect that someone doesn’t like me. Being an artist or a blogger means putting yourself out there for the world to beam tomatoes at you. I get my share, and when I don’t, I invent some and/or take offense at the lack of attention (or tomatoes) coming my way. (“There’s no such thing as bad press.”) But if I take the time to do the Work on my fears, what I come up with over and over again is this.

There’s a spirit in each of us that is absolutely perfect; the God in each of us, if you will. Or if you don’t believe in God, it’s that little perfect baby you once were. That little angel that smiles up at his/her parent knowing s/he is perfectly loved and reflecting that perfect love back at the world. When I am at my best, all I do is beam love out at people. It’s easy, when the scared/cranky/exhausted part of me is calmed down. It’s easy when the persona or Self that I am constantly trying to manipulate and project is down. When I’m not trying to do or be anything other than who I essentially am, that original shard of God can shine through my eyes, which means that my job is really that of a window washer. All I have to do is keep my window washed––keep my cool–– and let that Other do the rest. (Also, roll my shoulders back.)

Last night, Jay was restless. Tom had put him down, and he was still fussing seven minutes later. My rule is if the baby is still fussing after seven minutes, a parent needs to check back in. So I left Elle in her bed where I’d been reading to her and told her I’d be back soon. I picked up my crying boy from his crib. He was almost asleep; I cradled his head in my right elbow and though his eyes were closed, his mouth curled up in a smile. I felt my chest tighten, and I thought, why would I ever choose to be any other place than here? Why would I ever do anything other than hold my sleeping baby in my arms?

So I did for as long as I could stand to feel the intensity of that joy.

I have been waking at 2am, when all the demons are circling their fires, and as soon as they see they have my attention, they proceed to tell me that…

The Death Rattle and Other Things that Scare Us

Yesterday, in the wee hours of Thursday morning, my hard drive crashed. The Death Rattle had begun Sunday night, when Tom and I came home to a horrific noise that…

Stop wearing out your shoes.-Jeremiah 2:25 It’s because of the writers in my writing group that I got to see the full moon tonight. They insisted. And I had absolutely…