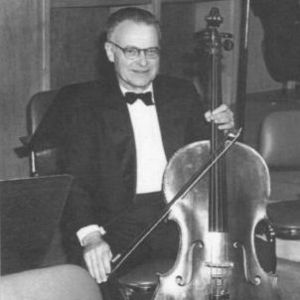 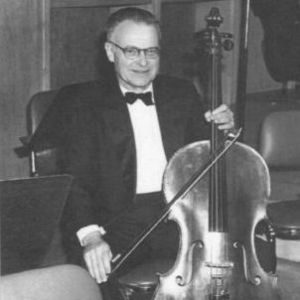 On June 1st I got this crazy Idea that I should blog every day for the month. Why? Because it’s the second month of my Happiness Project, and my theme is Lean In. Because I’m going to re-release How to Be an Adult as an ebook later this month. And because the last time I blogged daily (March 2009) I felt alive and connected to both my writing and my audience in a way that made me feel vital.

Why not? Because now it’s June 3 and I’m only now getting to the task at hand. It’s June, which I now know is tantamount to December for public school families, who don’t get out of school till the end of the month (if they’re lucky.) I am tired of apologizing for how busy I am. I don’t want to be compulsive about good things anymore. My birthday gift to myself is to accept myself with a generous dash of humor. It’s much sexier to say “I will blog every day” than to say “I will try to blog a lot.” But I just turned 46, and sustainability is the new sexy.

As usual, the rules for this kind of endeavor are: process over product, progress over perfection.

As I turn 46, I am at a beach in Gloucester, MA, watching my children wade into frigid water on a sultry day–a surprise late-spring heat wave that is all too common these days. I am a beach curmudgeon, and this outing is a complete surprise to me too.

About my birthday. I have to treat myself like a princess on my birthday, for better or for worse. I try to construct the perfect day for myself: I feed myself raspberries for breakfast, I get a facial or massage, I go to my favorite restaurant for dinner; I throw a party––all this to avoid the inevitable birthday blues. But this year I got asked to sing at a friend’s wedding in Boston. No problem, I thought. I’d have the party June 1. But when I broached the subject with Tom, he said, “No way are we throwing a party Saturday night and then skipping town Sunday morning. I hate leaving the house a mess to clean up later.” So I sulked and pouted, then I did my Daily Mental Hygiene (DMH) and my turnarounds and came to the conclusion that he was right, and that, as usual, I can’t really know what’s best for me. Especially if given a choice to do more rather than less. Besides, when I let go of my great ideas about what should happen and let God/The Universe/Serendipity take over, cool things happen, as in: I end up happy at the beach. Here’s how we got here:

Tuesday morning Jay asked, apropos of nothing, “Mama, where’s Uncle Henry?”
Uncle Henry is my great-uncle, the last of the generation. We last saw him at Thanksgiving, 2010. So I said, “How do you know about Uncle Henry? You haven’t seen him since you were two.”
“You talk about him. Well, where is he?”
“Concord.”
“Is he dead?”
“No!”
“How old is he?”
“I think he’s 88,” I said, doing the math. He was ten years younger than my grandfather.
“Wow! That’s old. We should visit him.”

Thursday I called my parents to find out that they’d be coming up this Saturday for Uncle Henry’s funeral. He’d died Tuesday morning, they told me.

So we had a party Friday night, left a mess to clean up later, jumped in the car, met my family at the church and bid goodbye to my wonderful Uncle Henry, a cello-playing, music-loving lawyer, US Naval officer in WWII, father of Henner and Nancy, grandfather of Peter and David. During the service, Henner played a recording of one of Bach’s unaccompanied cello suites: #6––Prelude. We all sat and listened, wordless, tearful. Later, at the committal, we watched as a young female navy cadet played taps. She and another female cadet respectfully folded the flag that blanketed his coffin and gave it to Nancy. I was struck by the power of the visual, the silence, the deep respect.

We hung out with my amazing family, each one of whom I wanted to talk with for hours. What a perfect birthday gift to be able to see them for this mini-reunion at the last minute.

And then we went to the beach. My curmudgeonliness melted in the sun. I even ventured into the early June waters. I lay on my back in my little beach lean-to and read. We made new friends at the Blue Shutters Inn, a gem of a place where I felt the desire to host a writing retreat.

The next morning I learned “The Wedding Song” by Noel Paul Stookey of Peter, Paul & Mary, and at 12:30 I sang it for my friends as they lit the unity candle at their wedding. We came home Sunday evening, exhausted, to a messy house. But today it’s clean.

Uncle Henry was quiet, focused, kind, with a smile that lit up a room. On our way home from the beach, we listened to the cello suite again, and I tried to think what he would think. How did my son know he’d died? Did he visit us, as the dead sometimes do as they are leaving the earth? Why us? Why not us? 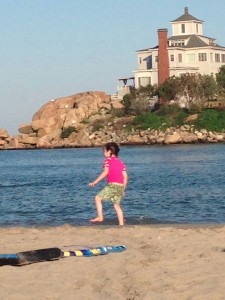