After our big 25th anniversary shows at the Iron Horse last weekend, I was so tired I thought I would never recover. As I age, it seems performing takes more and more out of me, or else it takes longer to mop me off the floor afterward. As my friend Steve Philbrick says, “My body tells the truth more these days.” At any rate, I have made a vow not to get up at 5 in the morning for a whole week. Maybe it will extend into a whole month. And then maybe into forever. Who knows?

It’s a strange pull I have to these 5 am wake up calls, a kind of love/hate fascination, sort of like my 7 year old son’s slightly disturbing obsession with Bellatrix LeStrange. At first, it seemed horrific to be woken at that hour. I am generally a fairly early riser—6am for almost 20 years. But last year when my writer friend Molly Burnham suggested I try getting up an hour early to make sure I got my writing time in every day, I balked. Wasn’t 6 early enough?

It turns out it wasn’t—not if I wanted to make sure I made progress on my novel, The Big Idea, a story of a family turned rock band turned family again. In order to pack in my requisite meditation, yoga, family time, violin practice with the kids, run around the park, tidying of the kitchen so that we’re not infested with fruit flies and rats, and then that little matter of earning a living, it seems I really do need to get up at 5. In the past year, I have gone from a hopeless collection of disconnected chapters to a cohesive draft of my 850 page book. It’s still not a Pulitzer-prize-winning novel, but it holds water. If I were to die tomorrow, it could be published, and it might even make sense to a handful of people.

I came to love my 5am writing time. I crept downstairs every weekday, made myself an espresso, opened my laptop and dove in. The house was quiet and peaceful, and my first thoughts poured into the manuscript. Best of all, it seemed to set my inner compass for the rest of the day, informing everything. The characters woke up with me, and I had them as company throughout the day. Most days, I had a second writing session later on, and this was when the best writing happened. But it couldn’t have happened without that 5am primer.

Recently, I have noticed, however, that my chronic lack of sleep is also informing my days. I have been irritable and just plain exhausted, and by about 8pm I am pretty much useless, sometimes verging on tears. And yet, even though my husband had on occasion begged me to sleep in, I am almost incapable of doing so. Even if I don’t set my alarm, my body rises at 5 now. And I let it, sneaking down to my writing spot like an alcoholic to the bar.

I have written extensively in this blog about my severely mixed feelings about the very fact of spending an hour or two a day working on this novel. On the one hand, it compels me. I feel strongly that I will not be happy if I don’t see this vision through, a vision I had while jogging down Sunset Boulevard in 1997 while recording Taxi Girl with Paul Fox at A&M Recording Studio. I have been working on the book and the accompanying soundtrack on and off since that time, though the bulk of the writing happened between 2001 and 2005, and then again between 2012 and the present day. The characters clamor to be heard; they speak to me as I do the dishes, as I pick the kids up from school, as I read other novels or listen to the Hamilton soundtrack. During the years when I wasn’t writing––2006 to 2012––I felt there was a hole in me.

But those weren’t exactly unhappy unfulfilled years. Instead of writing a novel, I wrote literally hundreds of songs, blog posts and two other (non-fiction) books. I wrote sermons, I made friends, I practiced yoga and I breastfed two babies. It would be just as true to say that in these past four years since I’ve hunkered down on The Big Idea (especially this last when I’ve been getting up at 5am) that I’ve had a hole in me because I haven’t gotten to do these things, at least not as much.

It turns out, as Tom and I keep saying to each other, you can’t do everything. Huh. We can’t do everything we want to do, be friends with everyone we want to be friends with, write everything we want to write, eat everything we want to eat, or look like a supermodel if we aren’t spending our entire time working out, eating watercress and tuna fish and drinking fourteen glasses of water a day, and in my case, being elongated on a medieval stretching device. I say this last thing because this came to mind last night as Tom and I were bewailing our mortal status and inability to excel in our careers while simultaneously have a social life, parent our kids the way we want to and also have fun hobbies and a lot of sex. It reminded me of how for more years than I cared to admit I tried to look like a supermodel. “Did you know,” someone finally told me—or perhaps I finally heard––“that those people are airbrushed? Those photos are not actually real people.”

People really do win the Pulitzer Prize, just like there really was once a band called the Beatles who changed the face of cultural history and wrote 10 amazing albums in 8 years. There is now a musical on Broadway that is having a similarly transformative effect on culture. Every now and then, something comes along that blows us all away, to quote Lin-Manuel Miranda. But by and large, even the Pulitzer prize winning novels get read, get their seals of approval, get bought and then end up on a dusty shelf and forgotten about.

What do you want to do with your one wild and precious life? Well, sometimes I want to write my book, write it as best I can possibly write it, put in it everything wise and wonderful I have been taught, make every sentence shine as brightly as possible. Other times I want to sleep. I want to lie on my back on the carpet and look out the window at a blue June sky and gaze at the fading roses along the fence and listen to my son as he takes a bath and tells me about Messi’s assist in the game against the US. I want to fold the laundry. I want to clean out a closet. I want to play the piano badly. I want to hear about my friend’s struggles and drink a can of seltzer. I want to smell the ocean. I want to make a pesto and goat cheese frittata. I want to sleep until my body wakes me up. I want to read an article in the New Yorker. I want to hold my daughter while she cries about her best friend going away to Europe and leaving her behind. I want to know where all the towels go. I want to toss my careful plan out the window and see what the day’s plan is for me. I want to go to bed at midnight and sleep till noon the way I did in summertime when I was a teenager. Maybe one day, I will. Or at least till 6am. 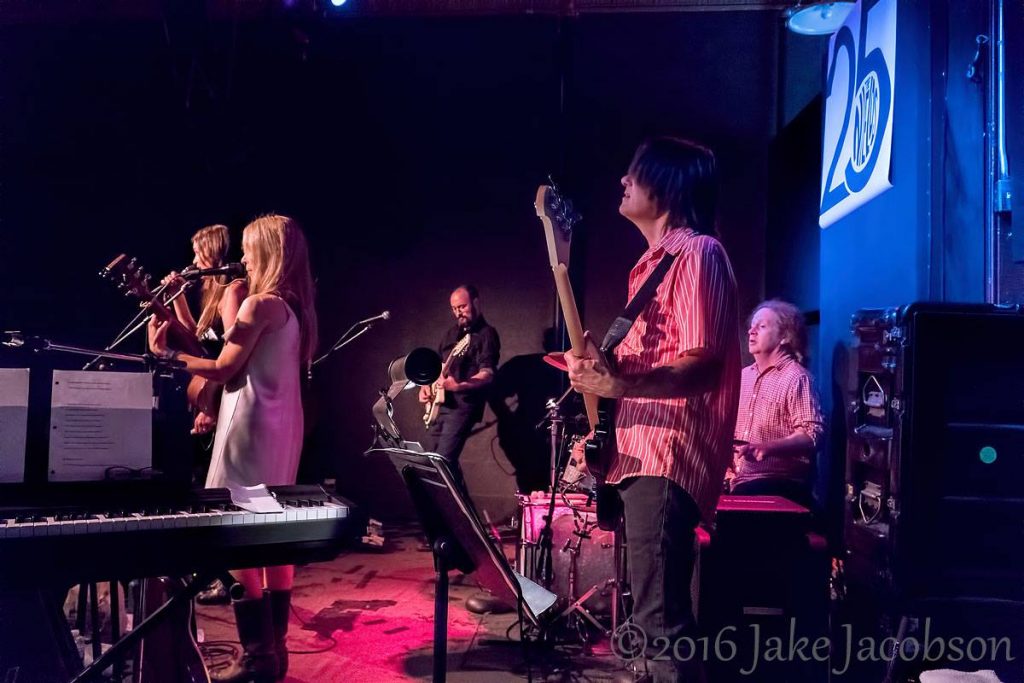 Third in a series of posts about the songwriting on our new CD The Full Catastrophe, due out April 10. This photo is of Dave Chalfant figuring out a kick-ass…