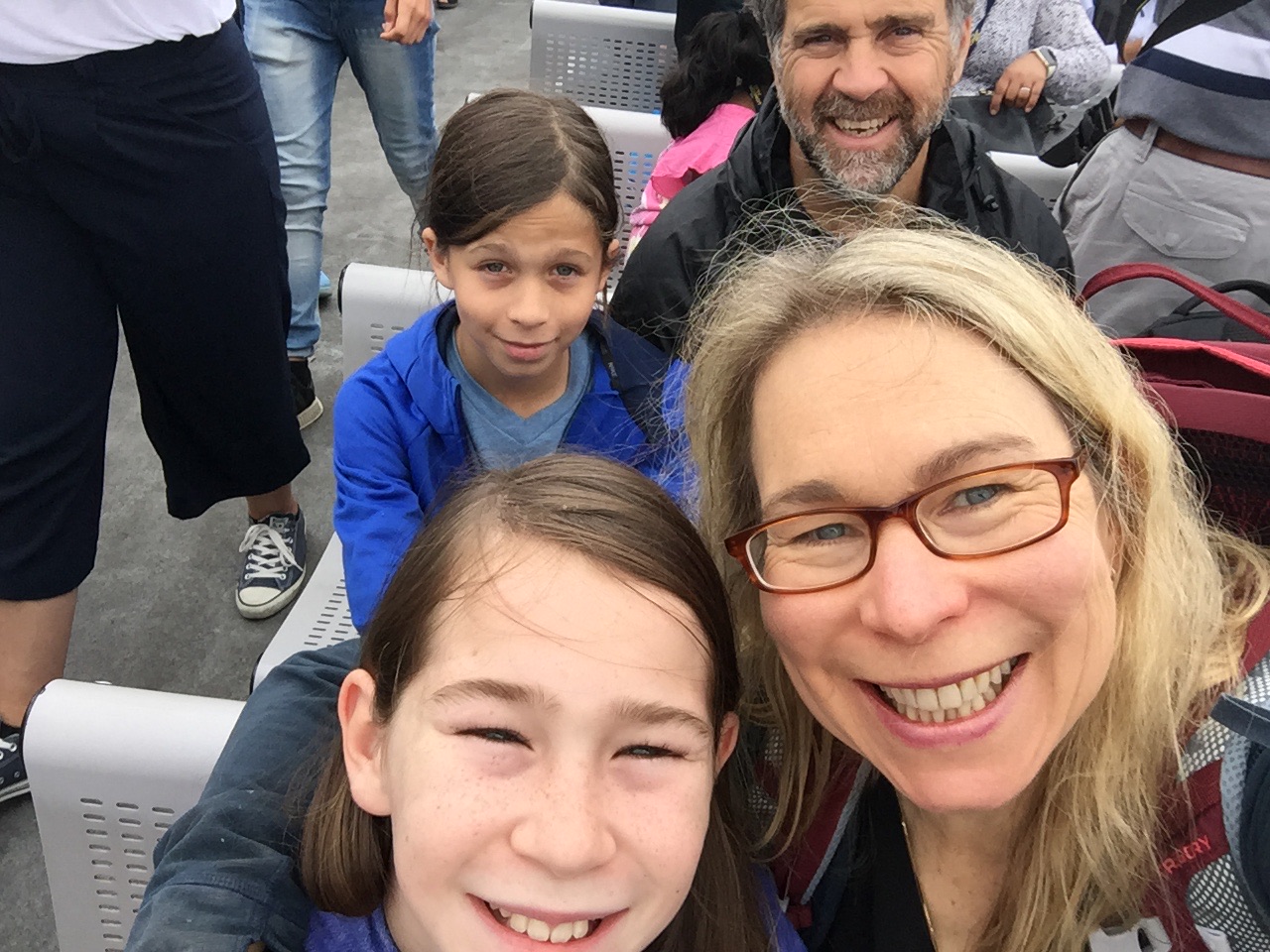 Day two was a kind of half a day. We arrived at some crazy early hour, sleep-walked through a customs line that snaked fifteen times across Heathrow. When we stumbled into our flat, we all went to sleep, ignoring all advice to the contrary (stay awake till 7pm the next day…) But here we are in sunny/cloudy London making our first outing on the Underground, which is truly brilliant, as many have said before. We make friends with a woman and her huge Labradoodle, Daisy. She is the first anti-Trump person we have met. In our neighborhood, they kind of like the guy. They also voted for Brexit. Our new friend on the Tube feels otherwise, and it’s like being back in Northampton USA.

I last came to London in 1985, with my parents and sisters. I was in a liminal space between high school graduation and the beginning of my years at Yale. I was terrified, cranky, missing my boyfriend (who was also going to Yale), did I say terrified? and feeling dragged around by my parents. The famous story Katryna told for years from the stage was that we’d spent a week in Ireland driving around in the rain, climbing mountains in the rain, being cranky and bored. We took the ferry over to Wales from Dublin, and we knew the next stop on our itinerary was Scotlatnd. But on the ferryboat, we saw the travel map on the wall, and noticed that the road to Edinburgh passed right through…Liverpool! AHA!!! That was the gold at the rainbow’s end! Secretly, our parents were going to take us to the glorious home of our favorite, most sacred band. This was a surprise they had been planning! We rushed up to them and said, “Thank you, thank you! We see we’re driving right through Liverpool to get to Edinburgh! We have to stop and do the Magical History Tour and see the Cavern Club and Strawberry Fields and walk along the Mersey! This is the BEST VACATION EVER!!!!”

But our parents shook their heads and said, “No, no, no. Liverpool is just a boring industrial dirty city. We’re going to drive around it.”

Three hours out of the way to drive around it!

It took us years to forgive them. But at the end of that trip, we were in London for a couple of days, and there we passed through a tube station and stopped to listen to some street musicians. Two women: a duo. One played guitar, the other the cello. They were doing a version of “Come Together,” with the cellist playing Paul’s phat bass line. I wanted to cry with happiness, with connection, with the feeling of having found my tribe again. I wanted to do what that duo did. 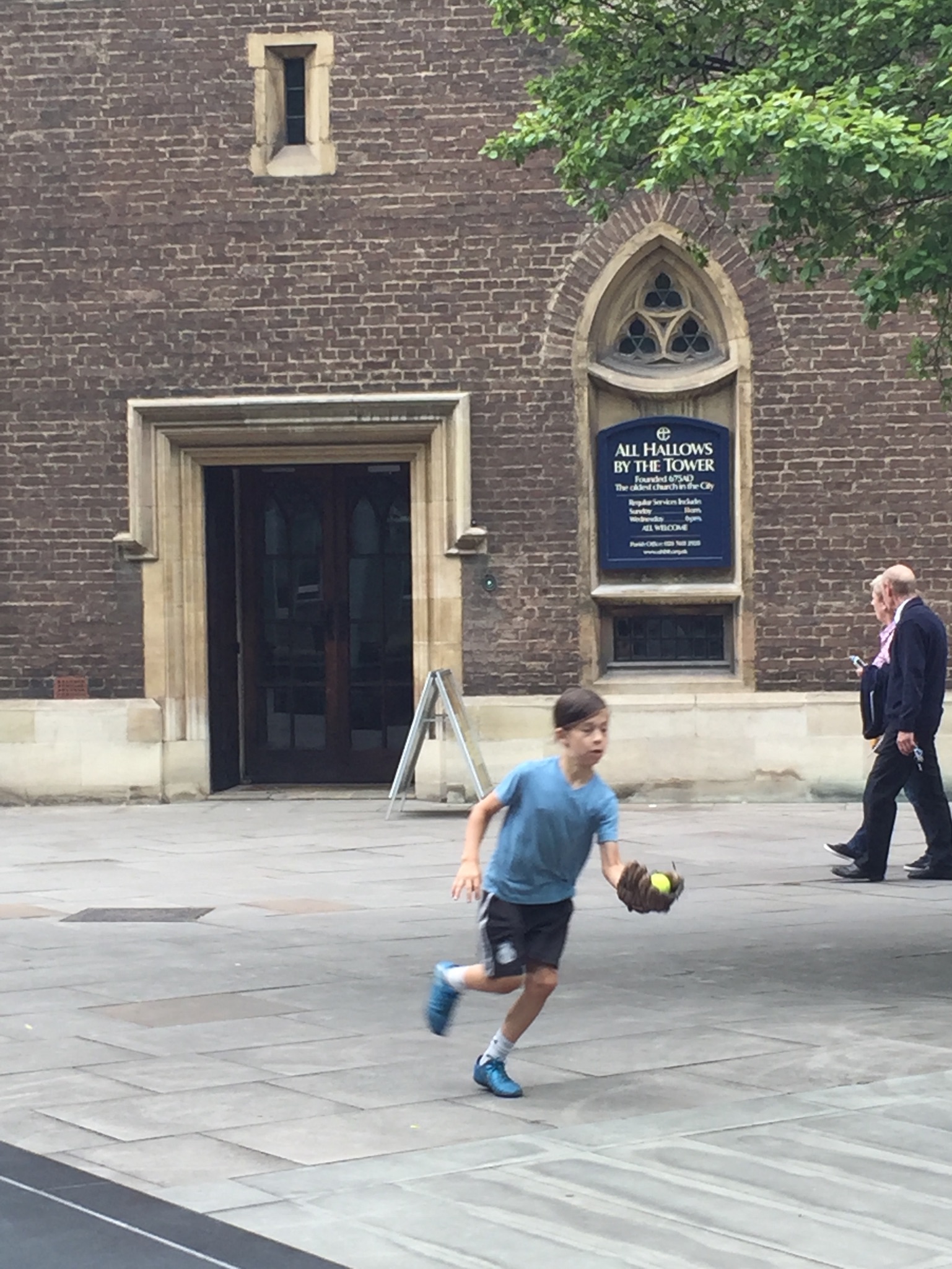 Speaking of cranky bored kids, we quickly see that the massive historical significance of buildings that are a good 1500 years older than anything in the States is somewhat lost on an 8-year-old who just wants to play baseball. So we make some compromises. We take a tour boat along the Thames with a group who don’t speak any English at all, so that when the guide tells them to sit down already, they completely ignore him. The kids like this part because we give them our iPhones and let them take pictures of everything the tour guide describes. Their fave is seeing the City of London school because Daniel Radcliffe matriculated there. They also liked learning that there is actually only one Union Jack in London–on the front of a Navy ship that saw action in the Second WW. (You can only add “Jack” to the name if the flag has been in combat. Who knew?) 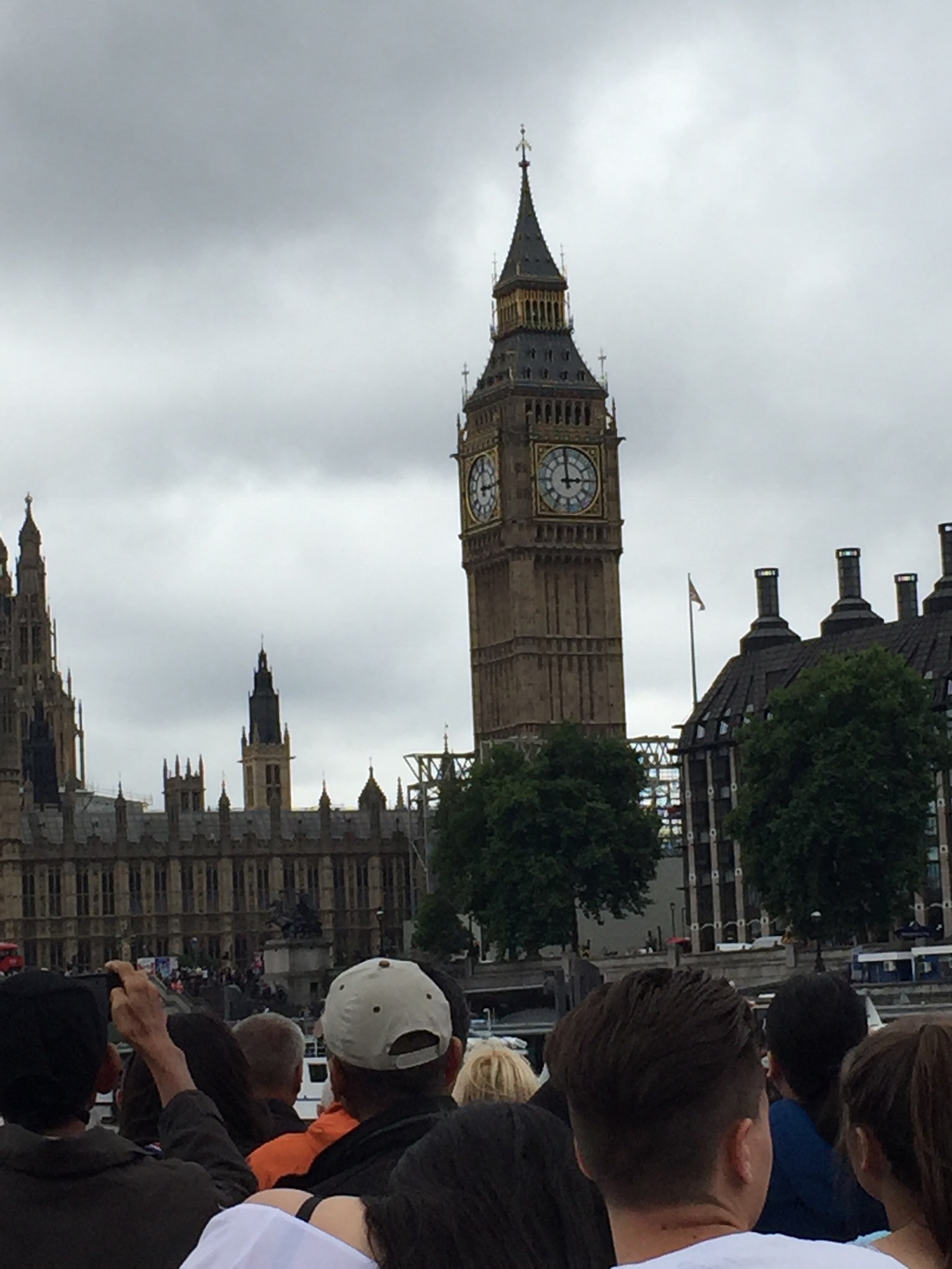 No one but me wants to go to Westminster Abbey, so I visit the tomb of Elizabeth by myself. Of course I worship at Poet’s Corner as well, standing on Handel’s marker, tracing with my index Mary Ann Evans’ name (better known as George Eliot) and gaping at Chaucer’s (hidden) tomb.

I have wanted to go to London since my senior year in college. That was the year I knew I wanted to be a folk singer, and I had no idea whatsoever how to go about doing that. I just knew London was calling, and I could picture myself standing on a street corner with my guitar, singing my original songs, waiting to be discovered the way Tracy Chapman had been. Instead, I got married to a guy who believed in me and my music and I dragged my sister along. That worked out pretty well. But all these years I have wanted to come back, to see if I could find myself again in some corner of London, the way I had when I heard that duo. So far, on this trip, she is nowhere to be found. I just feel like a frustrated mom with shingles. 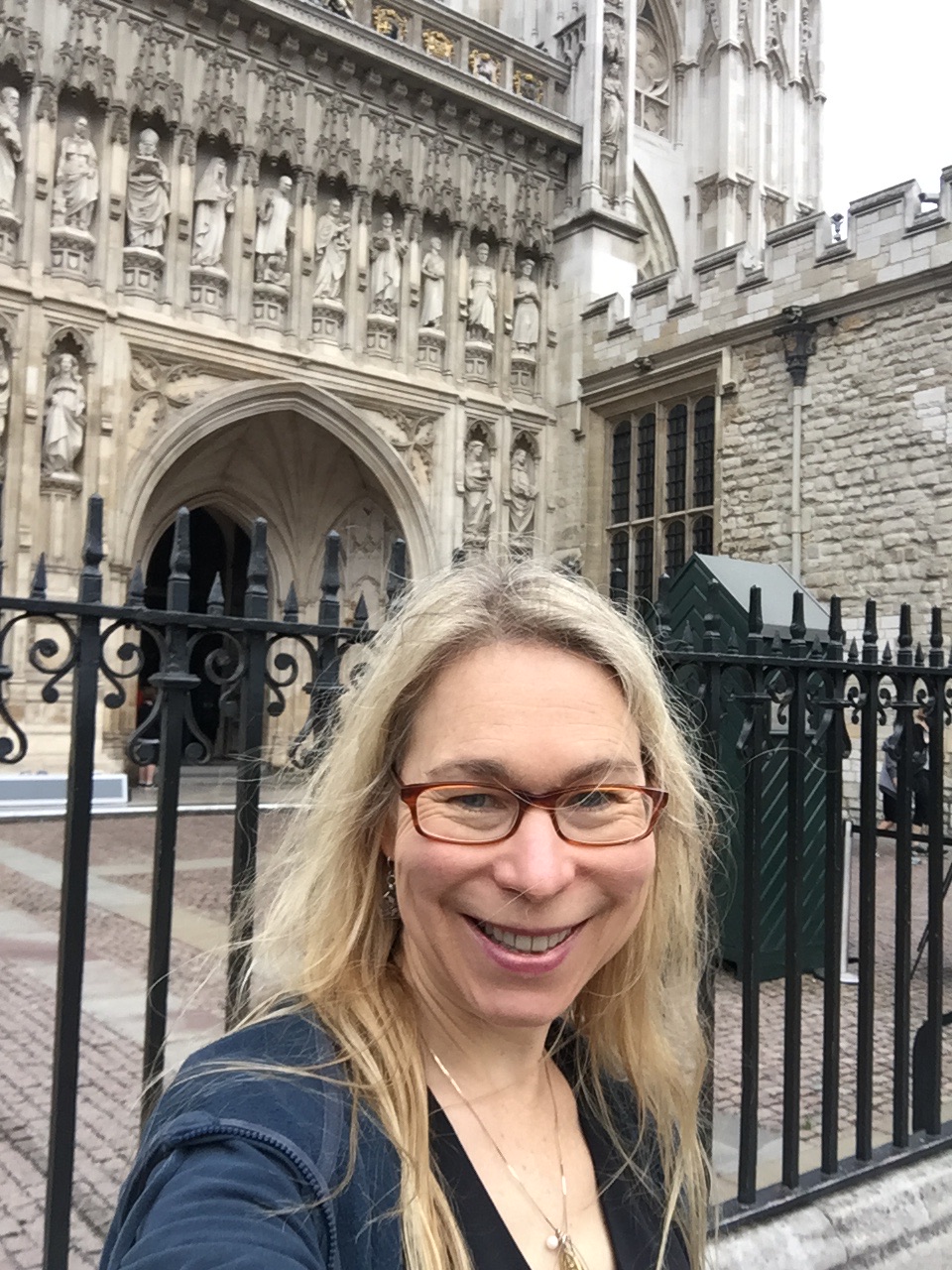 When I look back on this, I will remember the tombs, the ancient walls, the connection to the writers. I won’t remember the shingles. Right?

Despite my best intentions of doing one more Cultural Thing That I Would Be Proud Of, my body screamed a resounding NO. I slept poorly last night: two separate bouts…

We often have Friday night stalemates called What To Watch On Movie Night. Having seen all the Harry Potters umpteen times, I’d been recommending the Star Wars movies, but the kids were…