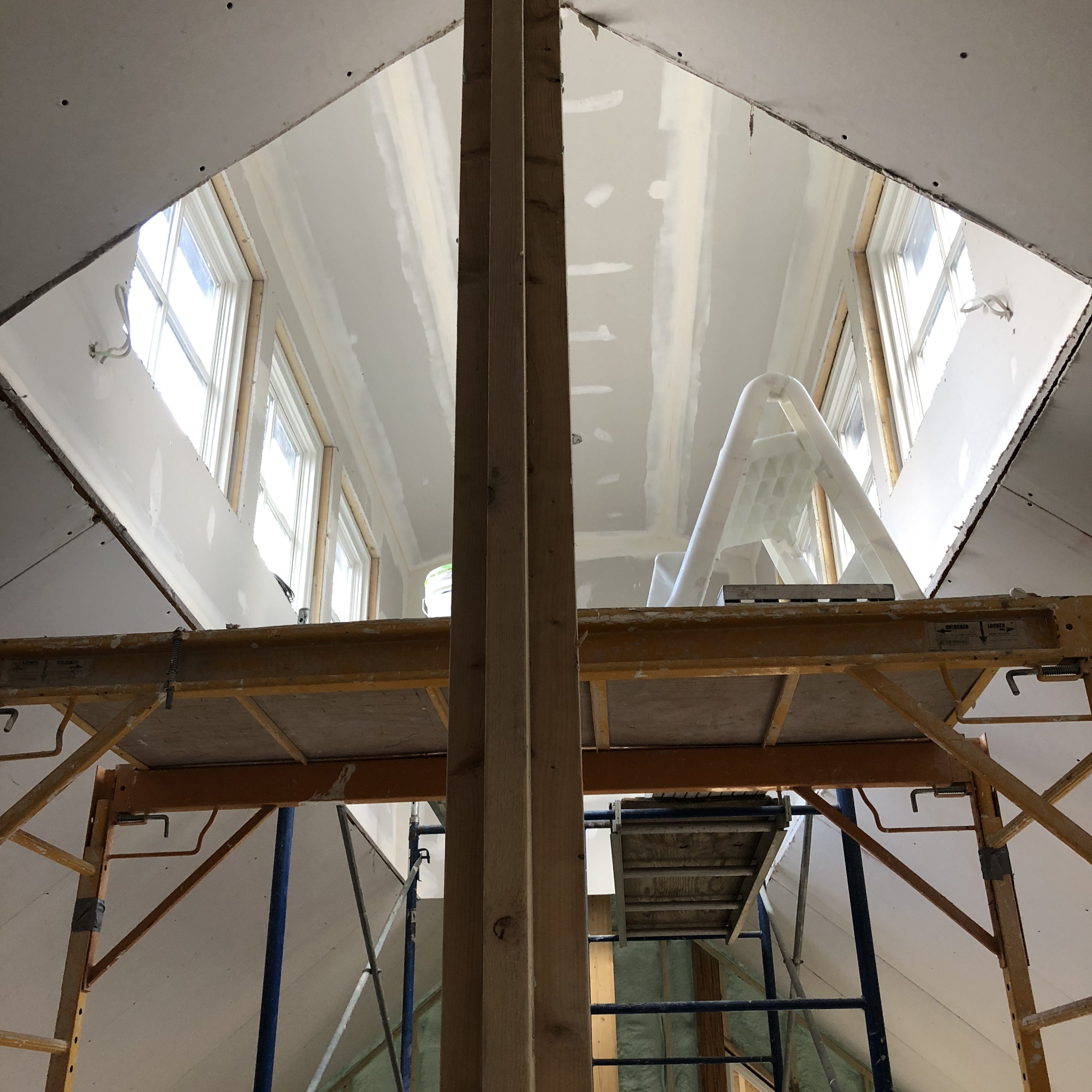 OK, I am done being an optimist. I hate this weather.

BUT. Today I watched the men swarming the building, roof and interior, and as I let myself hate the disgusting horror that my backyard is–all mud, trucks, cars, dumpsters,  detritus that won’t fit in the dumpster, Sani-can–I had a moment of giddy excitement. One day, this will all be beautiful. My mother gave Tom a gift certificate for his birthday to White Flower Farm and suggested we use it to plant buddleia bushes against the front wall of Little Blue: 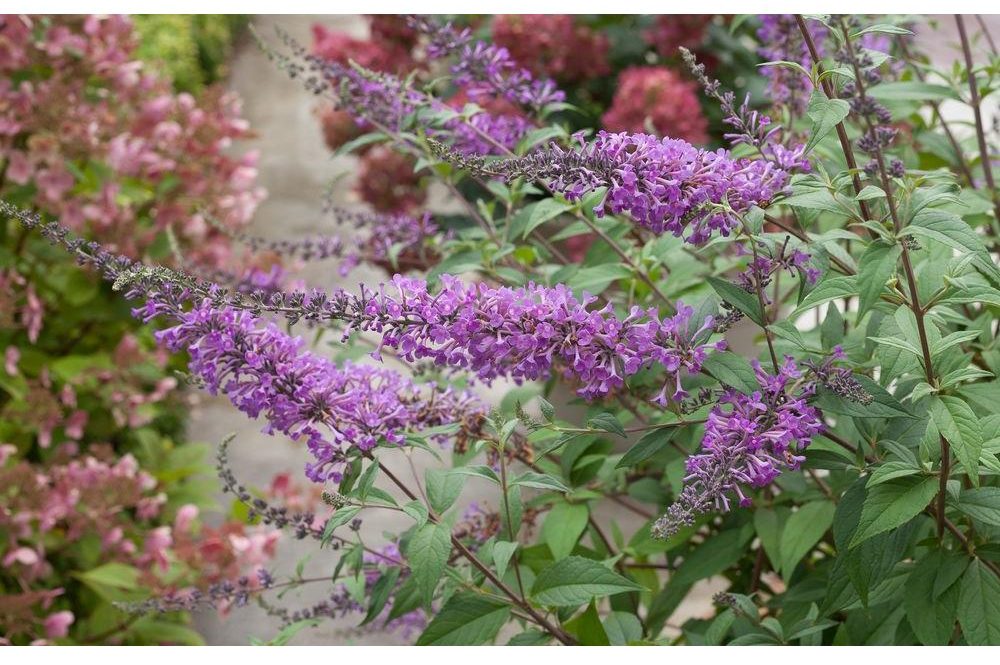 Even just putting this image into my post makes me feel happy. I do know spring is coming, because we went to Virginia last weekend, and I saw it for myself. We sang at our old church, where my parents are still members and regularly attend. The minister, Aaron Fulp-Eickstaedt, is a friend of mine. He’s what most would call a progressive Christian, focused on the justice message of Jesus more than the litmus test version. But, as Katryna says, our church is a pretty amazing place in that the congregation runs the gamut of the political spectrum. It is right next door to the CIA, and many of its members work there. There are most certainly Trump voters sharing a pew with people wearing safety pins on their lapels. And they sing together, pray together and converse civilly at coffee hour. This is a rare and precious place in today’s America. And for this reason, we chose not to sing our resistance anthem “Tyrants Always Fall.” We did not write that song for Trump voters. We wrote that song for the broken-hearted. And what a wonderful thing it was to look these Republicans in the eye and see their decency, their kindness, their love and their humanity. Nothing is uncomplicated.

We left the South and drove home, listening to our Hamilton Soundtrack as soon as we hit New Jersey (where everything is legal…) As we traveled, the green went from vivid to faint, until we hit the Mass Pike and the snow.

Today I waited until the guys drove their trucks out of my lot, put on a coat and made my way to the back yard. I opened the door and met with something new: heat! The dry-wallers had put heated fans all over the house. The white of the drywall and the newly exposed skylights give the whole place a stately glow.

The coolness of the spring has an aspect of anticipation to it, which suits my own current mood. We are all waiting. Waiting for whatever the inevitable final straw is that will get Trump to leave or go to jail or whatever his wretched fate might be–because how could it be anything but? Waiting for news from my agent. Waiting to see what the house will be like. Waiting for the feeling of sun on my face that we got to feel last Saturday. But as I left the house and circled to the far corner, where the guys have set up a kind of dumping ground, I saw this poking up from the dirt. 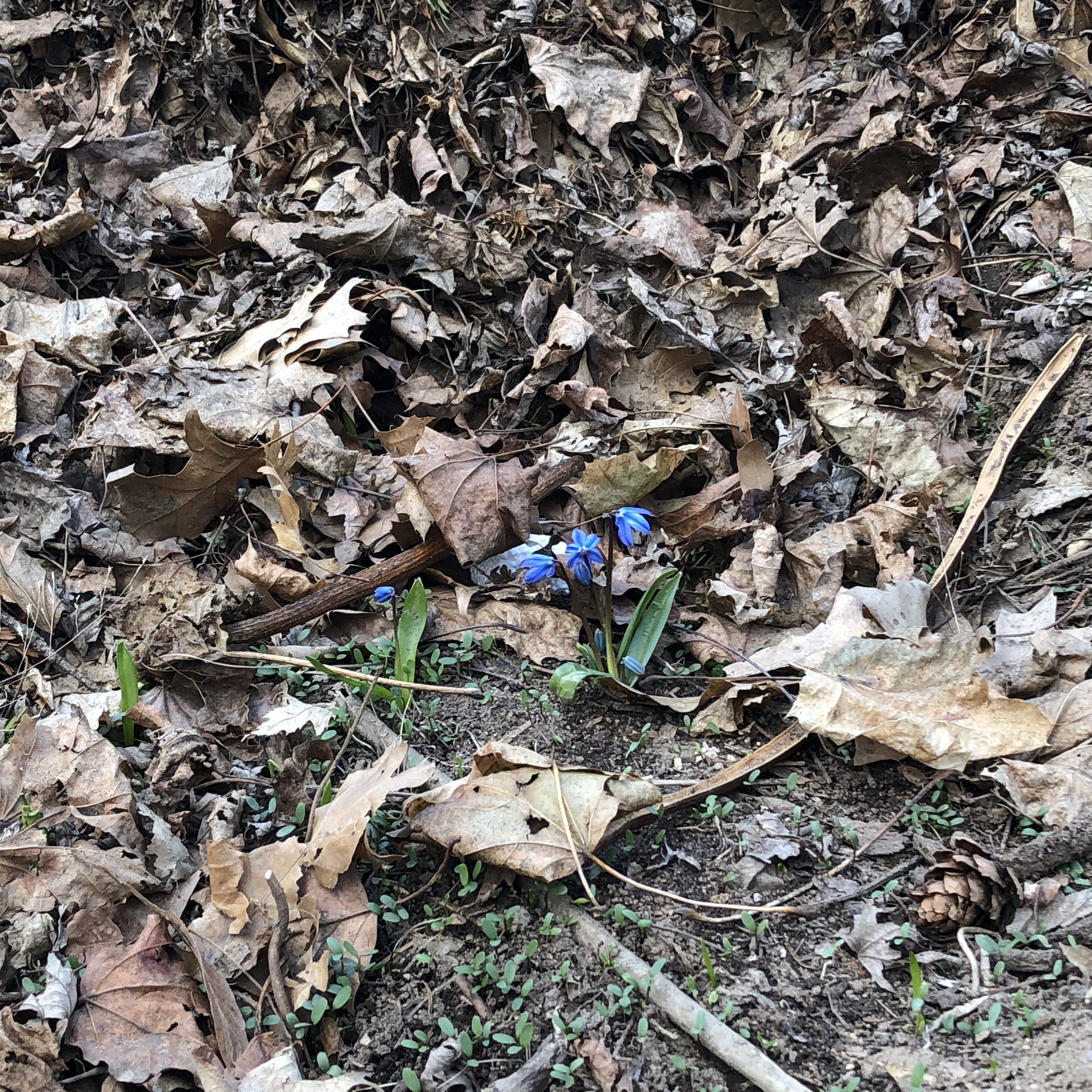