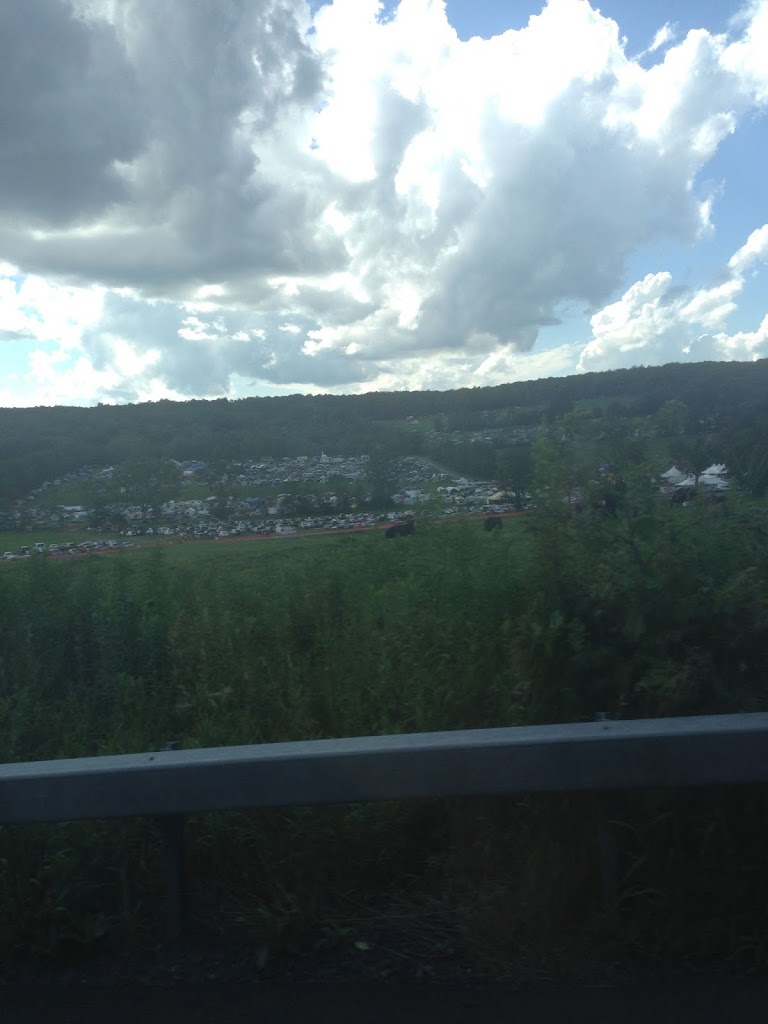 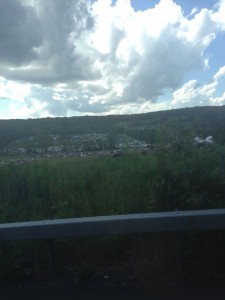 My music project went well through Falcon Ridge, which was its main purpose. I played some guitar every single day, even if it was only a scale, though more often it was an old song, a new song and a Beatles tune. Truthfully, I started with the “a’s” and the first “a” for some reason was “A Day in the Life.” That’s maybe my favorite song, so I lingered on it, learning the bass part as well as reviewing the guitar. I picked up the violin, too, and even contemplated taking some lessons. I also contacted both a guitar teacher and a piano teacher to see if they had time for me. Unfortunately, they both did, which meant it was back on me to have to admit that I didn’t really have the time. Every hour seems to be accounted for. Truly,every half hour is accounted for, if you include exhorting my son to stop eating live ants off the sidewalk as the “family time”I have highlighted in my schedule. Yes, a schedule. I have a schedule with the hours of the week graphed out and highlighted with four different colors, and there is no white. I am full to the brim with lovely activities involving beloved people. There is nothing I would want to give up. And still I want more. I want piano lessons and violin lessons and guitar lessons and bass lessons, and I want to write my novel, market How to Be an Adult (it’s really truly almost ready, folks), record songs, perform all over the country, take a yoga class with my kids, learn French and raise chickens. I want more time to read great novels like the one I just finished (Colum McCann’s newest, TransAtlantic which was so rich and tightly woven that it made me want to quit writing). I want time to learn how to use this app called Buffer that would allow me to post more efficiently. I want to actually read my Twitter feed so I know what the heck to do with Twitter. I want more evenings where the clouds turn dark pink and the air holds the still point. I want to just sit and watch my kids play. Not even to play with them–just to watch. But I don’t want to give anything up to slow down enough to do these other things. 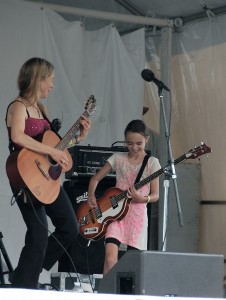 Amelia played with us at Falcon Ridge, and she also played with her band Belle Amie, a trio of girls in their early teens (actually, not even-two of them are twelve) who blew everyone at the festival away. With us, she picked up the bass for “Jack the Giant Killer,” “Back at the Fruit Tree” and “This Town Is Wrong,” then swapped with her dad for the electric guitar and rocked out on “Gotta Get Over Greta.” My parents drove all the way up from Virginia to see her on Friday, then drove to Long Island for my cousin Luke’s wedding, then drove back to Hillsdale to see us on the main stage Sunday afternoon. We played a number of workshops, including one dedicated to the late Eric Lowen who, along with his music partner Dan Navarro, was a lifelong singer songwriter, on the trail, on the circuit. We sang “We Belong,” and cried our eyes out as others shared their tributes. We were recorded singing “Which Side Are You On” by a cameraman overlooking the festival from the hillside. Below, my kids, aged 7 and almost 5, discovered their independence, and armed with a walkie talkie and some change earned from busking with their violins, discovered the joys of “shopping” in the festival vendors. Their favorite was a booth where some craftsman or woman was making bows and arrows–the arrow heads being soft pompoms. The weather was fairly kind to us, especially considering past years, and it only rained a little, never soaking the ground and turning the campsites to a mud river.

We sang “Iowa” with Dar on Friday night. 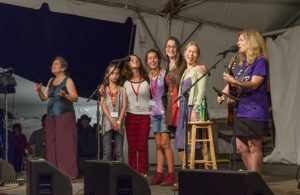 We discovered CJ Chenier at the Dance tent and kicked up our heels. 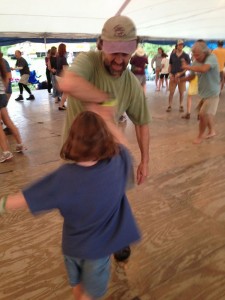 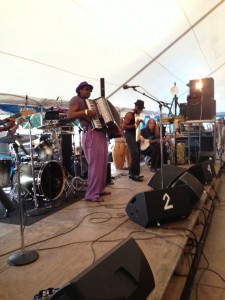 My family camped while I escaped to various local hotels in search of hot water and clean sheets, but one night after tucking my kids in, I hurried back to the main stage to see my old friends Dave Matheson and Mike Ford from the late great Moxy Fruvous. As I made my way in the dark with iphone cum flashlight, I heard their clear sharp voices as tight as ever singing Johnny Saucepan.” I found a seat by the edge of the stage and drunk in their show, hanging onto every word. If ever there was a band of which I was a total abject fan, it was this one. So sweet to see them still so smart and funny and musical and relevant. 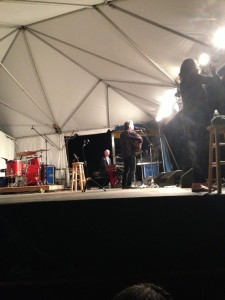 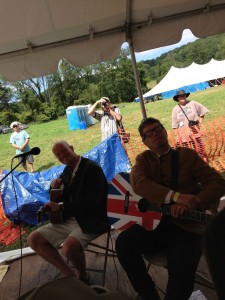 Some days it seems ridiculous that Katryna and I are still at this. It’s been 22 years. We’re in our mid forties, and we have full and busy lives even without playing the circuit and making CDs and books. A few days before Falcon Ridge, Tom took the kids to Cape Cod for a midweek vacation, timing it well because he knew that his wife would be completely unavailable to him and his children in the days leading up. Their absence was stunning in its completion. I was able to finish two songbooks for CDs we released in 2008 and 2012 as well as make great progress on my novel, my ebook and some songs I was working on. Plus I cleaned the whole house. I am not even that engaged as a mom–I don’t spend a lot of time playing with my kids or taking them on adventures. And still, the time I was afforded by them being gone seemed to stretch on and on. I couldn’t believe how productive I was.

This is the theme of our latest CD The Full Catastrophe. “All of our cups are overflowing/Somebody still wants to pour.” 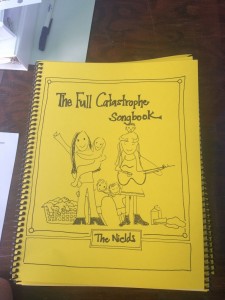 That somebody would be me. I missed them terribly and ran down to the car at 11pm the Wednesday night when they returned, carrying my five year old up to bed, lying with my seven year old as she drowsily told me about the beach. My heart ached to have missed that beach trip, to have missed seeing my kids playing with their second cousins whom I have never even met. I think about Sheryl Sandburg exhorting us to lean in, and I think also of the generation of moms who gave up careers so they could go on beach trips mid-week, and I think of Dar and Eric Lowen and the Kennedys and Ellis Paul and Dave and Mike and the community of musicians of whom I’m a part, and some days I feel more like the gave-it-up moms, and some days I feel like Sheryl Sandburg. Either way, it’s my life, and I love every minute of it, even the ones where I feel like I can’t breathe from the busyness. One of the last workshops we did was all Beatles. We learned “Oh! Darling,” via this cool duet by Ingrid Michaelson and Brandi Carlile, and jammed with the Kennedys on all manner of other tunes, including “A Day in the Life” (so my music project totally paid off.) As I sat there with my peers, I could hear the time going by; Eric Lowen and Dave Carter remind us that we never know how long we have to savor this delectable dish called life.

I came home and sent an email back to the piano teacher. I’ll start lessons in September. 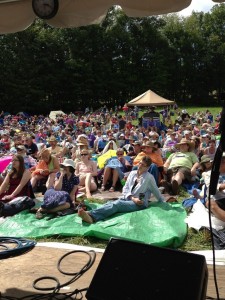 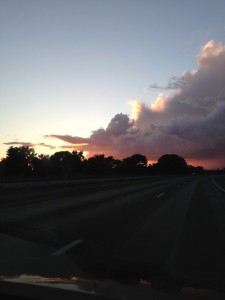 Mid-August, I am deep in edits and rewrites of How to Be an Adult, which I hope to publish as an ebook sometime this fall. Today, though, I am working…